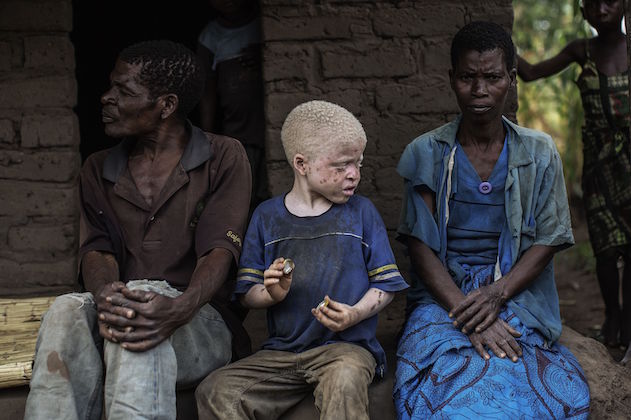 The United Nations says people with albinism in Malawi are at risk of “systemic extinction’’ due to relentless attacks fueled by superstitions.

Ikponwosa Ero, UN Independent Expert on Human Rights and Albinism, said this on Wednesday during her first official visit to Malawi.

According to her, not less than 65 cases of violence against people with albinism, including killings and dismemberment have been recorded by the police in that country since late 2014.

Ero, a Nigerian and an albino took the job as the UN’s first independent expert on the issue in August 2015.

According to the expert, people with albinism are “an endangered people facing the risk of systemic extinction’’ over time if nothing was done.

She said it was unfortunate that the international community talked about protecting wildlife, while not even prioritising efforts in protecting people with albinism.

“People with albinism live in danger in regions of the world where their body parts are valued in witchcraft and can fetch a high price.

“In Malawi where people with albinism number around 10,000 out of a population of around 16.5 million, the situation amounted to an emergency, a crisis disturbing in its proportions,’’ she said.

Ero said albinism was a congenital disorder affecting about one in 20,000 people worldwide who lacked pigment in their skin, hair and eyes.

“It is more common, however, in sub-Saharan Africa.’’

She noted that attacks against people with albinism were particularly brutal, at times involving victims being dismembered alive by assailants wielding machetes.

Ero recalled that she was particularly troubled by an encounter with a teenage boy, Alfred during her Malawi trip.

She said the 17-year-old albino had been found in a pool of blood a year ago after being stabbed during his sleep by machete-wielding attackers.

“The boy hadn’t recovered and stopped attending school since the attack.

“You wonder what will become of this person,” she said.

Ero said a report by “Under the Same Sun’’, a Canadian advocacy charity organisation noted that attacks against people with albinism this year had also been reported in Burundi, Mozambique and Zambia.

She challenged the international community to urgently priotise their efforts in protecting people with albinism as well as give them better hope for the future.