We Are Committed To Upholding Freedom of Information Act 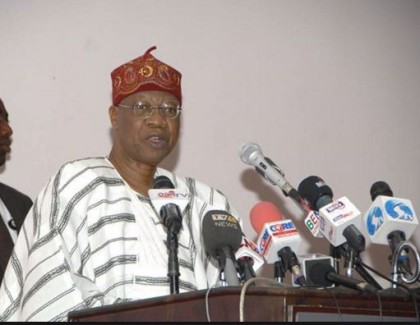 The Minister of Information and Culture, Alhaji Lai Mohammed, has restated the commitment of the Federal Government to upholding the Freedom of Information Act as a necessary instrument in the fight against corruption and promoting transparency in governance.

The Minister made the remarks in Abuja on Tuesday in his message to mark this year’s World Press Freedom Day, which has the theme “Access to Information and Fundamental Freedoms: This Is Your Right.”

“We are indeed in a very interesting period, which calls for full support and use of the Freedom of Information Act and which recognizes the citizen’s right to know, promote war against corruption and sustain economic development. If activities of public institutions are subjected to scrutiny, it will be easier to measure their efforts against their goals and our expectations,” he said.

He said the government has taken a bold step further in not just guaranteeing Freedom of Expression but creating access to information.

“It is apparent that the tide today is to grant freedom of not just expression but also of access to information. However, each nation has to consider its own peculiarities in joining the fray. Since Sweden started the enactment several decades ago, many countries have embraced it and I believe many more are seriously considering the enactment. The fact is that if well utilised, a Freedom of Information Act will offer citizens a sense of involvement, belonging and fulfillment.

”It will go a long way in entrenching transparency, which will in turn help curb corruption, promote accountability, good governance, rule of law and service delivery in public office”, Alhaji Mohammed said.

He observed that for democracy to be entrenched in the country, the culture of transparency and accountability must permeate all the strata of government, and therefore enjoined the media to hold the government to account by exploring the Freedom of Information Act.

Alhaji Mohammed commended the media for remaining resolute in the pursuit of liberty, social justice, equality and democracy and assured that the Federal Government will continue to create the enabling environment for the media to thrive.

“Without even prompting, the citizens require full information on how they are represented and governed. The very nature of democratic government implies accountability and transparency, a free press and other democratic checks. Interestingly, Nigeria, as a developing nation, has a free and independent press. Its vibrant media have successful exposed corruption in higher places and remained undaunted in the face of victimization, politicization and sentiment expressed in some quarters against their professional stubbornness,” he said.