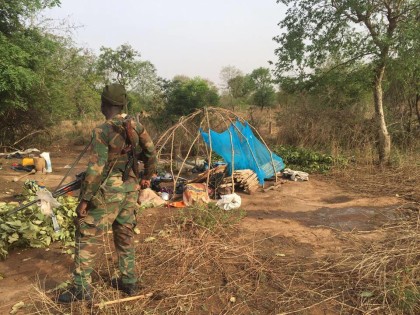 In continuation of the efforts of getting rid of the menace of cattle rustling, armed banditry and other criminality in the country generally and in the north west geo-political region, under the auspices of Operation SHARAN DAJI, troops of 1 Brigade Nigerian Army, in conjunction with the Nigeria Police in Zamfara State, have carried out a joint clearance operation in Maru today.

Although most of the targeted suspected cattle rustlers and armed bandits have escaped, the joint team recovered substantial quantity of arms and ammunitions in the area.
It is equally believed some of the criminals escaped with gun shot wounds.

The team is still combing the general area for such persons. Consequently, the public in Zamfara, Sokoto, Katsina and Kaduna States in particular, are please requested to report any suspicious persons especially those with gun shot wounds.
Thank you for your kind cooperation.