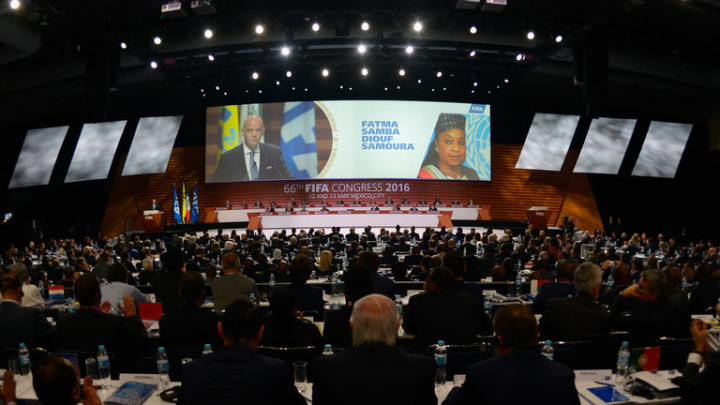 Senegal’s Fatma Samoura has been appointed as FIFA’s Secretary-General, becoming the first female in that post and the first African in such position.

She succeeds former secretary-general Jerome Valcke, who was recently banned from football-related activity for 12 years.

The 54-year-old Samoura, whose full names are Fatma Samba Diouf Samoura, spent 21 years working for the United Nations and will assume duties at the world football governing body in June.

FIFA President Gianni Infantino said that it was essential that FIFA incorporates fresh perspectives as the body continues to restore and rebuild the organisation.

He commended her by saying that she has a proven ability to build and lead teams, and improve the way organisations perform.

“Importantly for FIFA, she also understands that transparency and accountability are at the heart of any well-run and responsible organisation.’’ The FIFA President said.

Samoura’s appointment, announced at FIFA’s congress in Mexico City, completes a new-look to an organisation which has been dogged by corruption allegations under Valcke and previous president Sepp Blatter.

After his appointment in February, Infantino had said he would “work tirelessly to bring football back to FIFA and FIFA back to football’’.

Samoura, will undergo an eligibility check before her role is ratified, currently works for the UN in Nigeria, and speaks four languages.

She started her UN career as a senior logistics officer with the World Food Programme in Rome in 1995.

Samoura has since served as country representative or director in six African countries, including Nigeria.

At the congress, she said that it was a wonderful day for her and that she was honoured to take on the role as the governing body’s Secretary-General.

“This role is a perfect fit for my skills and experience — strategic, high-impact team building in international settings — which I will use to help grow the game of football all over the world.”She said.

Samoura also said that she was looking forward to bringing her experience in governance and compliance to bear on the important reform work that is already underway at FIFA.

“FIFA is taking a fresh approach to its work — and I am eager to play a role in making that approach as effective and lasting as possible.’’ She added.