Update On The Rescued Chibok Girl 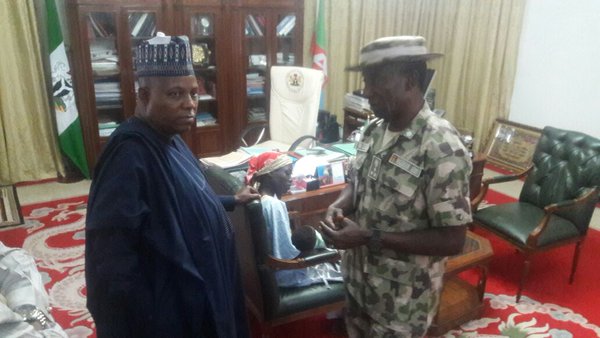 The Nigerian Army has said that the rescued abducted Chibok girl and her baby have been formally handed over to the Borno state government. 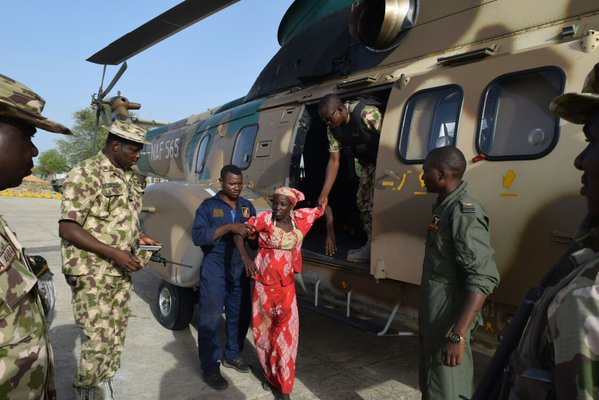 Usman said, prior to that, they were examined at Air Force medical facility and were found to be stable  and normal blood pressure  was observed.

He said she was thereafter released to the Operation LAFIYA DOLE headquarters for further investigation and handing over.

He added that after preliminary investigation, the rescued girl and her baby have been handed over to Borno State Governor, His Excellency, Honourable Kashim Shetima, at Government house, Maiduguri this evening by the Acting General Officer Commanding 7 Division, Brigadier General Victor Ezugwu in a brief ceremony. 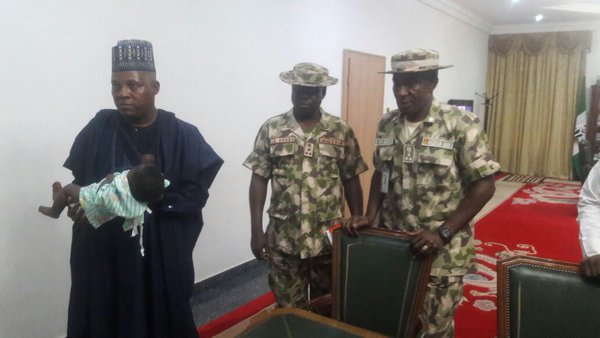 Col. Usman said that It is believed  that she will be brought to Abuja  today along with her parents to meet with Mr President.

“Meanwhile, the supposed husband is undergoing further investigation at Joint Intelligence Centre. It should be noted that Mohammed Hayatu is well treated in line with Operation LAFIYA DOLE  Rules of Engagement  regarding insurgents who voluntarily surrender to the military.” He said.

The Nigerian Army had earlier announced the rescue of one of the abducted Chibok school girls and promised to give more information. 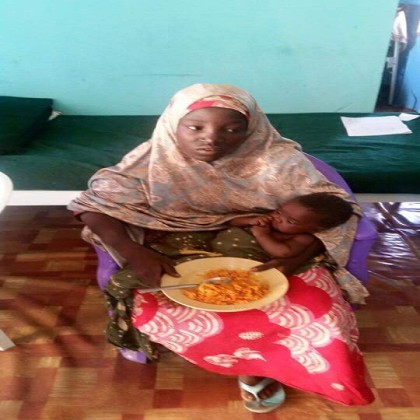 He said that in continuation of the Operation CRACKDOWN,  troops of 25 Brigade Damboa in conjunction with Civilian JTF deployed in one of the blocking positions at Baale, near Damboa rescued one Miss Amina Ali  and a suspected Boko Haram terrorist, Mohammed Hayatu, who claimed to be her husband.

Col. Usman added that both were brought to the Headquarters 25 Task Force Brigade Damboa at about 2.30pm Wednesday.

He said that preliminary investigation shows that she is indeed one of the abducted Chibok School girls abducted by Boko Haram terrorists on 14th April 2014 in Chibok and her name is Amina Ali as against Falmata Mbalala that was earlier stated.

In addition, Usman said she is a nursing mother with a 4 month old baby girl who was named Safiya.

He added that both the suspected Boko Haram terrorist and the nursing mother have been transported to Maiduguri for further medical attention, screening and formal handing over to the government by the army.

Acting Director said that girl and her baby, along side her parents, would be conveyed to Abuja on Thursday to meet with President Muhammadu Buhari.