FRSC To Carry Out a 6 Day Nationwide Monitoring of Tyres 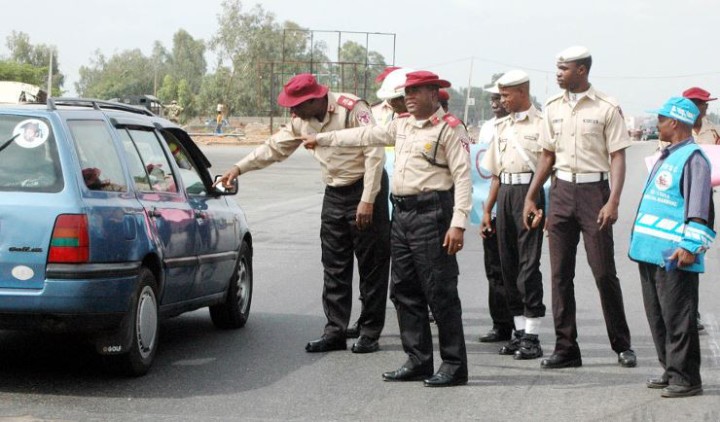 In continuation of the just concluded Stakeholders’ forum on tyres held on the 9th May 2016, at Shehu Musa Yar’Adua Centre, Abuja, and the free vehicle tyre safety check that is ongoing nationwide, the Corps Marshal of the Federal Road Safety Corps, Boboye Oyeyemi, has ordered a 6 day monitoring and surveillance exercise to be led by 9 of its topmost Management Staff and all Zonal Commanding Officers to sustain the free vehicle safety checks in field commands.

According to the Head Media Relations and Strategy, Bisi Kazeem, the exercise which is to commence on Monday 23rd May 2016, was borne out of the Corps Marshal’s wish to stem the tide of road traffic crashes caused by substandard and expired tyres.

Kazeem further added that the Management Staff deployed to field commands are expected to participate in direct supervision of the free safety check exercise, ensure interactive session with Vulcanisers’ Associations, perform free safety check on all major routes in the Commands, address tyre dealers, and as well teach other staff on what information to look out for in tyres, and organize motor park rallies.

In view of the foregoing, Kazeem stated that Zonal Commanding Officers are expected to give wide publicity to the exercise, liaise with relevant stakeholders within their jurisdiction, ensure all component commands under their purview organise massive Special Patrol for free vehicle safety checks during the period.

Kazeem stated that the FRSC campaign became necessary as a result of most recent road crashes attributable to tyre blowout.