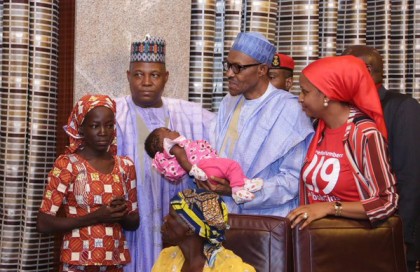 The United Nations (UN) has pledged that the Chibok girls’ rescue would be accorded a top priority at the World Humanitarian Summit holding in Istanbul from May 23 to 24.

The UN Under-Secretary-General for Humanitarian Affairs, Stephen O’Brien, told the News Agency of Nigeria (NAN) on Sunday in Abuja that the rescue of one of the Chibok girls renewed the hope of finding the other girls.

“Recognising that it is very welcome news that we have seen the return of one of the girls, very much gives us that sense of cautious hope,” he said.

He stressed that the rescue would gear the summit to focus on the fate of the other girls that were still being held in captive.

“The summit would welcome the news as I do of the girl being found,” he said.

O’Brien called on all concerned to see the rescue as a big challenge to do everything possible to rescue the other Chibok girls and others who have been abducted.

“That now means that we can find the other girls and recover the thousands of others who have been abducted as a result of the appalling activities of Boko Haram,” he said.

O’Brien regretted that the insurgency had brought terrible fear and pressure upon communities around the whole of north east Nigeria and the cross border in the other countries nearby. (NAN)