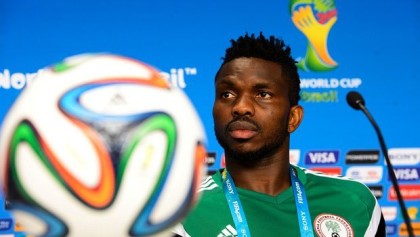 In a letter, the Nigeria Football Federation, NFF, FIFA President, Gianni Infantino sent his best wishes to Joseph Yobo for his future activities.

The Nigeria Football Federation has released Super Eagles’ Skipper, John Mikel Obi and his assistant, Ahmed Musa to Honour Yobo in the testimonial game coming up on Friday, leaving them out of the International Friendly with Mali in France on the same day.

The Joseph Yobo’s testimonial game, slated for the Adokiye Amiesiamaka Stadium, Port Harcourt will feature a team Joseph Yobo, comprising of Super Eagles’ Players of Yobo’s Generation and a rest of the world squad.

Yobo retired from the National Team after a century of caps between 2001 and 2014.