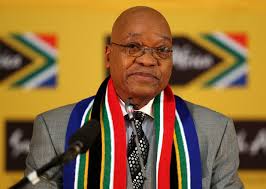 South African President, Jacob Zuma, late on Monday, filed an appeal against a recent high court decision that had cleared the way for him to be tried on almost 800 corruption charges years after the charges had been dropped.

Zuma said in a statement released early on Tuesday in Cape Town that the court erred in several respects.

The decision to appeal was telegraphed in advance, after the country’s state prosecutor announced he would take leave to appeal the judgement.

The country’s main opposition party called the decision a move to protect Zuma at all costs as they celebrated the ruling as a “victory for justice.”

Last month, a South African high court ruled that a 2009 decision by prosecutors to drop 783 corruption charges against Zuma must be reviewed.

The National Prosecution Authority (NPA) cleared Zuma of charges of corruption, fraud and money laundering related to a multibillion-dollar arms deal three weeks before the 2009 elections.

The decision allowed Zuma to run for president. (NAN)