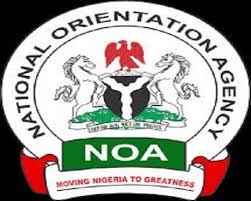 The National Orientation Agency (NOA) has called for heightened vigilance among Nigerians throughout the month of Ramadan in order to forestall security breech by elements that may choose to capitalize on the sober mood of the season to wreak havoc.
Director General of NOA, Garba Abari made this call in a Ramadan security advice to Nigerians citing intelligence reports available to the Agency. He particularly advised the Muslim ummah and Islamic religious organizations to take special precautions during morning and evening worship and prayers which usually attract large gatherings of persons to detect and promptly report any suspicious persons or objects within the vicinity of places of worship.
In his words: “Adequate security and surveillance should be evolved by respective places of worship to forestall any unwholesome acts by unscrupulous elements who may want to use the Ramadan prayer periods to wreak havoc”.
He also said the State Directorates of NOA had been directed to use all available platforms and channels to sensitize the general public on the need for greater security alertness during the period.
Fidel Agu
Dep. Director (Press)