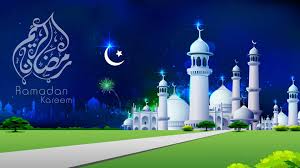 The National Orientation Agency (NOA) has appealed to clerics and religious organizations across the country to engage in massive reorientation of their followers to steer them away from religious intolerance and extremism in line with the teachings of the various religions on peace.
Director General of NOA, Garba Abari made the appeal in a Ramadan message to Nigerians against the backdrop of the mob murder of Mrs. Bridget Agbahime in Kano State, urging clerics to use the holy month to emphasize the true teachings of Islam which prohibit violence and bloodshed.
Abari condemned the murder of the septuagenarian on accusations of religious blasphemy and called on Nigerians to unite against intolerance, stressing that there can never be a justification for citizens taking the law into their hands or engaging in acts capable of threatening national cohesion. He was however optimistic that with faith-based reorientation of the faithful, the era of religious violence in Nigeria will soon be confined to the waste bins of history as Nigerians imbibe the virtues of tolerance and good neighbourliness.
He noted that neither the Christian nor the Islamic religion teaches vengeance or violence, adding that freedom of worship is enshrined in the nation’s constitution. He said Nigerians must therefore feel free to practice their religious convictions in any part of the country without fear of intimidation or molestation.
In his words: “We must all, as a people, speak up with one voice against extrajudicial killings such as this rather than allow the incident to pitch us against each other or to instigate us into replicating this evil through acts of vengeance. National cohesion is paramount; hence Nigerians must be unanimous in ensuring that there is no further breach of the peace in Kano or any other part of Nigeria on account of this unfortunate development”.
Abari noted President Muhammadu Buhari’s promise to bring the perpetrators of the dastardly act to justice and the swift response of the Nigeria Police in arresting the mob leader who allegedly spearheaded the killing. He therefore appealed to Nigerians to have faith in the ability of the police and justice system of the country to ensure that justice is served, urging aggrieved persons to shun the temptation of reprisal attacks.
Fidel Agu
Dep. Director (Press)