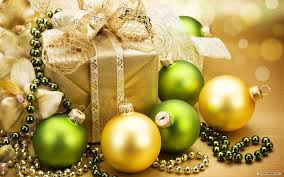 The Federal Government has cautioned Nigerians to be mindful of the ornaments they wear when they travel out of the country, irrespective of what symbolism such ornaments may convey locally to avoid embarrassment by foreign authorities.
The Director General, National Orientation Agency (NOA) Garba Abari who gave the warning said the Agency had the mandate of the Office of the Secretary to the Government of the Federation to raise public awareness following the unpleasant experiences of some Nigerians who travel to other countries on account of some of their ornaments which, though acceptable at home, are prohibited in other lands. In particular, he cited the case of a Nigerian, Chief Joseph Chukwulobelu, who was recently arrested and detained by Kenyan authorities at the Jomo Kenyatta International Airport in Nairobi for wearing a bangle made of ivory which symbolized his status as a traditional chief in Nigeria.
The NOA boss lamented the continuous detention and possible 5-year jail term of Chief Chukwulobelu if convicted under Kenyan laws which prohibit access to ivories and has zero tolerance to wild life poaching, noting that the Nigerian Mission is working assiduously to secure his release. He however stressed that the incident calls for increased public awareness among Nigerians, urging potential travellers to be properly guided.
It is noteworthy that Nigeria is a signatory to the 1975 Convention on International Trade in Endangered Species of Wild Fauna and Flora which prohibits trade in items like ivory and rhino horn among others.
Fidel Agu
Dep. Director (Press)