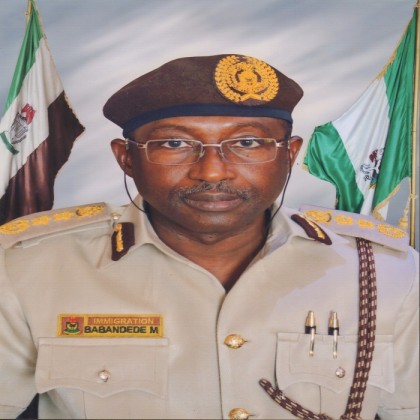 The Comptroller-General, Nigeria Immigration Service (NIS),Muhammad Babandede, has given all Passport Control Officers (PCOs) nationwide 48 hours to clear all backlog of passport applications.

He gave the directive on Monday in Abuja at a meeting with senior management staff of the NIS.

He also directed all‎ Passport Issuing Desks in Nigeria’s Foreign Missions to do the same.

He warned that failure to comply with the directive would be interpreted to mean the officer is incompetent and will therefore be removed.

Babandede said that the time line for processing of passports remained 72hours and therefore, expected every Passport office to conform to the policy forthwith.

The‎ Immigration boss reminded applicants to always get their breeder documents such as birth certificate, age declaration, certified guarantor’s forms from the right sources to avoid delay in the processing of their passports.

He also‎ inaugurated a committee that will configure the NIS Passport platform.

He said the move was to enable State Passport Offices re-issue passports to applicants who want to change their data on account of marriage or due to loss of previous ones.

“With this development, such category of applicants will need not to travel to Abuja to effect any change in their travel documents but go to the state offices they reside in to do it,” he said.

He said that the‎ committee has been given two months to complete the configuration.