Sani Kukasheka Usman, Abuja: Following combined clearance operations against Boko Haram terrorists from other parts of our neighboring countries, escaping terrorists attempted an incursion into our troops position while in harbor at Kangarwa yesterday evening. 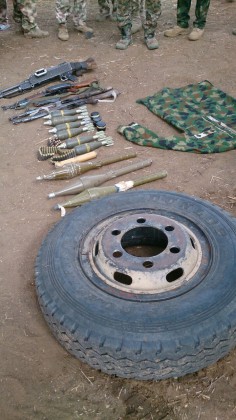 The troops dealt decisively with the fleeing terrorists and recovered arms and ammunitions from them in an encounter that lasted for about 3 hours.

Quite a number of the Boko Haram terrorists were killed, while several others escaped with gun shot wounds.
Unfortunately, 8 soldiers and 2 Civilian JTF were however wounded in action during the encounter. They have since been evacuated for proper medical attention. They are in stable condition and responding to treatment.

In addition, one of the troop’s Mine-Resistant Ambush Protected (MRAP) vehicle caught fire following a Rocket Propelled Grenade (RPG) shot that affected the fuel tank and other electrical fittings. The troops however quickly put off the fire. 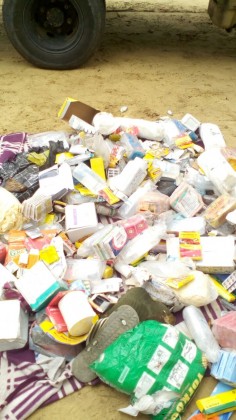