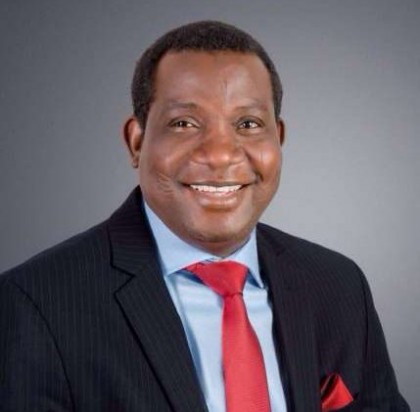 Lalong gave the commendation while fielding questions from State
House correspondents on Friday, after a closed door meeting with
President Buhari at the Presidential Villa, Abuja.

According to him, the state government has commenced the payment of
the outstanding salaries to the workers.

“I came to thank the President for approving the balance of bail out
of N5billion for Plateau.
“I kept on drumming it politicians were saying no we do not have any
money outstanding.

“Mr President approved the money on the eve of his departure to London.

“I got an approval for the balance of N5billion for plateau which has
been drawn for the payment of their balance of arrears.

“What we have is balance of arrears on the plateau.

“I have paid and we have about three months and right now, yesterday
and today the workers are being paid the balance of their salaries.

“So, after salary for a Plateau man, he is no longer annoyed with
anything. He would allow government to run unhindered.

“So, that was what they were trying to use during the grazing reserve
because people were hungry because of lack of salaries.

“They first drummed the issue of salaries that we will not be able to
pay the arrears but today, we have the (monies) balance and we are
paying them the arrears of salaries.

“They jumped to issue of grazing reserves but by God’s grace, that
will not be a problem to Plateau.’’

On the reported protest by some youths over the issue of grazing
reserve, the governor said that the state government had no plan to
establish grazing reserve.

He, however, disclosed that arrangements had reached an advanced stage
to establish ranches for modern animal husbandry in the state.

According to him, the state government consulted a cross section of
people including traditional and religious leaders as well as youth
organisations before arriving at the decision to establish the ranches
in the state.

He accused his predecessor of instigating the youths to embark on the protest.

“Well that protest is just by a few ethnic groups. We have done a lot
of consultations from traditional rulers to religious leaders to youth
organizations; they all accepted that we should adopt ranching in
Plateau State.

“What we are talking about is ranches. So, those who attended the
workshop knew what was done.

“This is the Presidency let me say it and I’m going to publish it,
the man who introduced and is causing that confusion is Jonah Jang who
incidentally was the one who introduced grazing reserves on the
Plateau with a gazette in 2009, that is the gazette I am going to
publish.

“If we have to bring peace in Plateau you have to introduce grazing
reserves and grazing routes why is he turning round again and
instigating people against what is being done.

“And trying to give an impression that it is the President that is
introducing it. It is not the President. It is an option to every
state to key into the concept of grazing reserve or ranches,’’ he
added. (NAN)