CP FCT Orders Investigation Into The Murder Of Woman In Kubwa 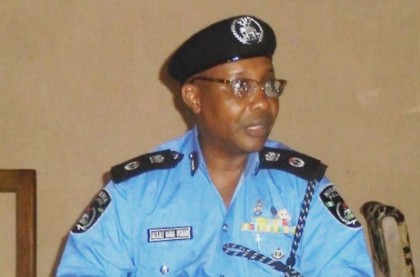 This was stated in press release issued by the Police Public Relations Officer, FCT Police Command, ASP Anjuguri Manzah on Sunday in Abuja.

The Police PRO said that the 40 year old woman was murdered by unknown persons in the early hours of Saturday at Bazango Pipeline area of Kubwa.

“Six (6) suspects arrested in connection with the gruesome murder are in Police custody and currently undergoing interrogation. The outcome of the investigation will be made public.

“The CP commiserates with the family members of the deceased over the unfortunate incident and assured them and other residents of the area of the commitment and determination of the Command to fish-out perpetrators of the heinous crime and bring them to justice.” He said.

According to Manzah, the CP also seized the medium to enjoin residents and members of the general public to remain calm and cooperate with Police in the ongoing investigation.

“Contrary to report from some sections of the media that the deceased’s head and leg was chopped-off, the Command wants to state that apart from marks of injury inflicted on some parts of her body, all parts of the deceased body are intact.” He added.

He said the Police has already taken into custody the remains of the victim for preservation and examination.

NEWER POSTWorld No.2 Golfer Withdraws From Rio Due To Fears Over Zika
OLDER POSTNUPENG Urges FG To Stop Giving Bailout Funds To States