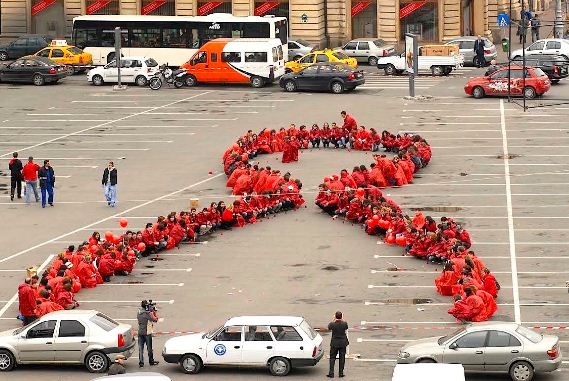 Global efforts to fight HIV are stalling as Eastern Europe and other regions have seen increasing numbers of infections since 2010, the UN said on Tuesday.

While annual infections among children have fallen sharply, there was no decrease among adults over the past five years, according to the Joint UN Programme on HIV/AIDS (UNAIDS) in Geneva.

In Eastern Europe and Central Asia, new infections jumped 57 per cent between 2010 and 2015.

There was an increase by 9 per cent in the Caribbean and by 4 per cent in Middle Eastern and North African countries.

The human immunodeficiency virus has been on the decline only in other African regions as well as in Asian and Pacific countries.
“We are sounding the alarm,” UNAIDS Executive Director, Michel Sidibe said.

“If there is resurgence in new HIV infections now, the epidemic will become impossible to control,” he said.
Russia accounted for the vast majority of new infections in Eastern Europe last year.

The virus spread especially among drug users who use needles, Russia is one of the few countries in the region that does not offer substitute drugs, which are not injected.

The report said that in the Middle East and North Africa, “prevention programmes for men who have sex with men and sex workers rarely receive support from domestic resources or through public services.
It said that this groups account for most infections.
In 2015, 36.7 million people lived with AIDS, and 1.1 million died from the immune weakness syndrome that is caused by HIV.