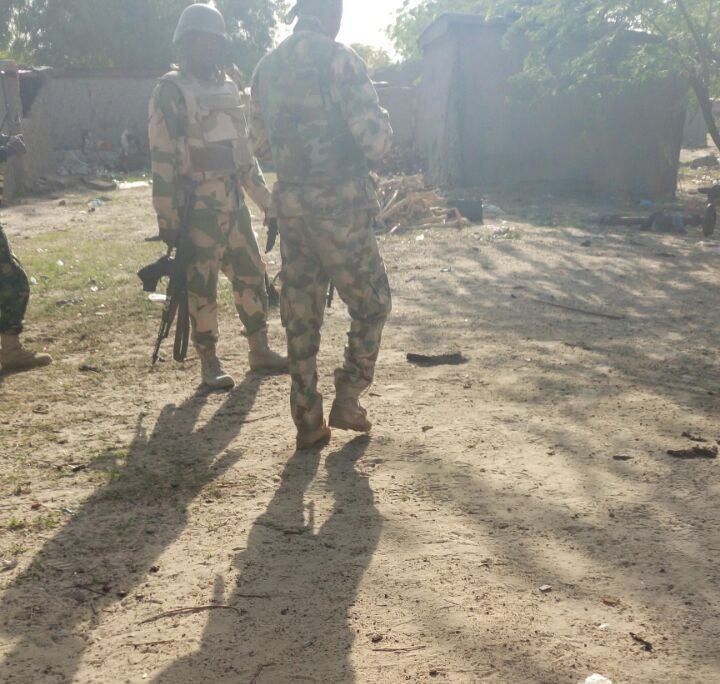 Colonel Sani Kukasheka Usman(Abuja): In their bid to clear the remnants of Boko Haram terrorists hiding in some parts of the North Eastern of the country, troops have intensified efforts on clearance operations.
It is in this regard that the 29 Brigade Quick Reaction Force (QRF), in conjunction with Civilian JTF carried out an ambush against Boko Haram terrorists east of Marguba village in Kaga Local Government Area, Borno State yesterday Friday.

The troops killed 2 of the Boko Haram terrorists, while some of them sustained gun shot wounds as could be seen from traces of blood during mopping up. They also recovered 1 AK-47 rifle with 29 rounds of 7.62mm (Special) ammunition, a bow and arrows, a Tecno mobile telephone handset, 1 wallet and an Identity Card of Animal Dealers Association, amongst other items.