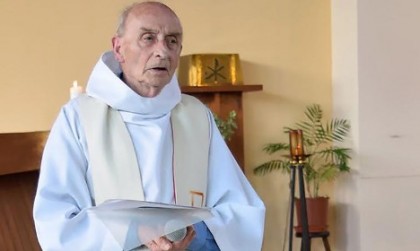 Israeli Prime Minister, Benjamin Netanyahu and Palestinian President Mahmoud Abbas, both condemned the slaying of octogenarian priest Jacques Hamel in a church in Upper Normandy by two assailants claiming to be followers of Islamic State.

“I was outraged to hear of the savage murder of an 84-year-old priest.

“ISIS proved once again that there is no limit to its barbarism. The horrific terrorist attack would only further unite the civilised world,’’ Netanyahu said.

Abbas said that he strongly condemned the “cowardly” terrorist attack in the strongest terms.

He expressed the solidarity of the Palestinian people with France and the victim’s family.

Churches in the Holy Land, in a joint statement, also expressed shock.

“From the Holy Land, which continues to suffer from violence and instability, we raise our voice urging an end to the use of violence in the name of religion,” his spokesman, Wadie Abunassar said.