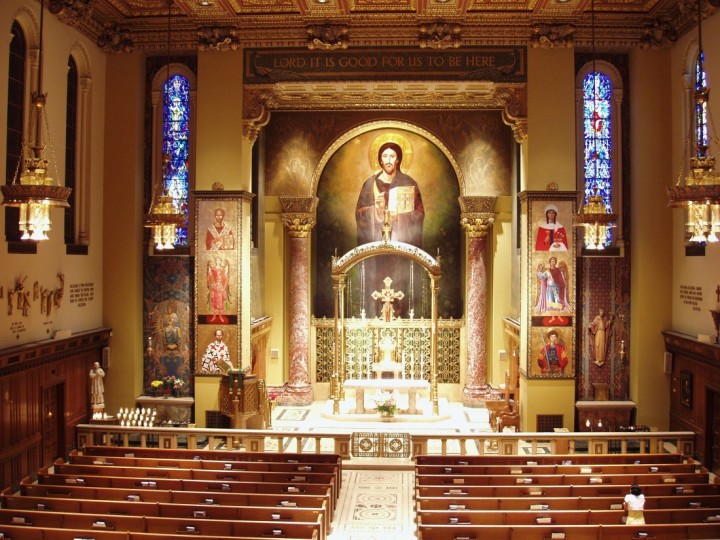 The Catholic Church, also known as the Roman Catholic Church, is the largest Christian church, with more than 1.27 billion members. As one of the oldest religious institutions in the world, it has played a prominent role in the history of Western civilisation. Headed by the Bishop of Rome, known as the pope, its doctrines are summarised in the Nicene Creed. The Catholic Church is notable within Western Christianity for its sacred tradition and seven sacraments.

The Catholic Church teaches that it is the one true church founded by Jesus Christ, that its bishops are the successors of Christ’s apostles, and that the pope is the successor to Saint Peter. The Catholic Church maintains that the doctrine on faith and morals that it declares as definitive is infallible. The Latin Church, the Eastern Catholic Churches and institutes such as the Jesuits, mendicant orders and enclosed monastic orders, reflect a variety of theological emphases in the Church.

Catholic spiritual teaching includes spreading the Gospel while Catholic social teaching emphasises support for the sick, the poor and the afflicted through the corporal works of mercy. The Catholic Church is the largest non-government provider of education and medical services in the world.