Obama Gets Summer Job In A Seafood Restaurant 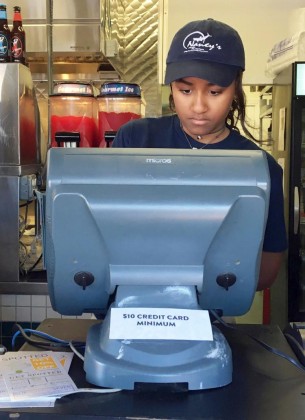 Sasha Obama, daughter of US President Barack Obama, has proven that she’s a normal teen by getting an unglamorous summer job, leaving the comforts of the White House for the counter of a seafood restaurant.

The 15-year-old has taken a summer job serving food at the business in Martha’s Vineyard, Massachusetts.

According to the Boston Herald, the 15-year-old has been working the morning shift at Nancy’s, a fried-fish eatery, surrounded by Secret Service agents.

The restaurant, Nancy’s, is a favorite of the Obama family when they vacation in the Martha’s Vineyard, according to the newspaper.

In fact, Sasha’s parents helped get her the job because they know the owner of Nancy’s. 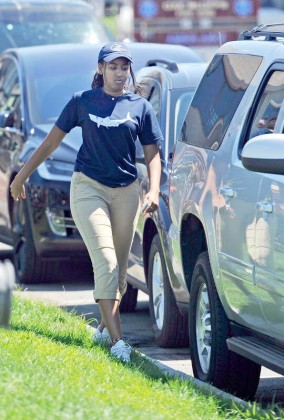 Sasha, who is going by her full name Natasha, has been hard at work bussing tables and taking takeout orders

The White House has not commented on the report but First Lady Michelle Obama has spoken about trying to bring her two daughters up as normally as possible.

As well as working on the takeaway counter, Sasha Obama’s other duties reportedly include waiting on tables and helping to prepare the restaurant for its lunchtime opening.

Her security team has been seen waiting nearby in a large car or sitting on benches while the First Daughter deals with tourists’ meals.