New Flooding Alert For Communities and Towns along River Niger 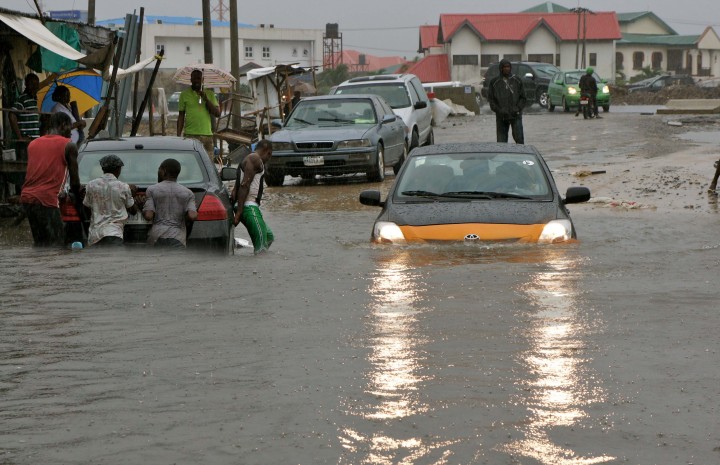 Following intense rainfall and rises in water level, the National Emergency Management Agency has advised communities along the river Niger to evacuate immediately to safer ground over the likelihood of floods that may occur at any moment from now.

Director General of NEMA, Muhammad Sani Sidi who gave the advice said the agency has received alerts of the flood from information given by the authorities in the Republic of Niger that the present water level in the river has reached a point that may result in the flood that could be compared with the unfortunate experience of 2012.

He said “Niger Basin Authority (NBA) notified Nigeria that rainy season, which started in the Middle Niger (Burkina Faso and Niger Republic) in June, 2016, has led to a gradual rise of the level of River Niger in Niamey, Niger Republic. This high level of water in Niger Republic is already spreading to Benin Republic, and invariably, to Nigeria”.

He further said that the level of water in all the hydrological monitoring stations across the country, as at Friday, 5th August, 2016, have already exceeded the corresponding values at that time, which is an alarming situation that requires the prompt and coordinated action of all governments and stakeholders.

According to the information, “if the heavy rainfall continues in intensity and duration within these regions of the River Niger, it is imminent that flood situation similar to that of the year 2012 may occur.”

The Director General of NEMA then called on all stakeholders to take necessary actions in line with their various mandates. The states and local government are to ensure observance with the threat in order to avert imminent loss of lives and properties that might certainly arise in the event of flood.

He identified the states along the river Niger belts as being the most vulnerable as well as those along its major tributaries that includes Benue river belts , the confluence states and downstream to the Atlantic Coast.

The Agency’s Zonal and Operation offices, he said, have been instructed to continue with advocacy visit to the state governments and also urged the state to utilize the flood vulnerability maps given to them earlier by NEMA to identify safer ground for temporary shelters in time of evacuation as well as reviewing all their contingency plans.