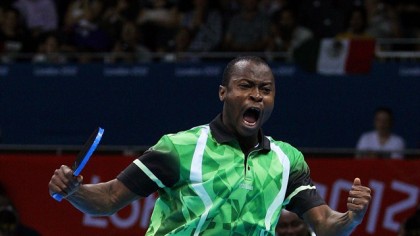 In the game played on Monday, August 8, Quadri outclassed his Taiwanese counterpart, beating him 4-0 in the men’s Singles event at Rio 2016.

Quadri will now face Timo Boll of Germany in the fourth round for a chance to qualify for the Quarterfinals of the tournament.