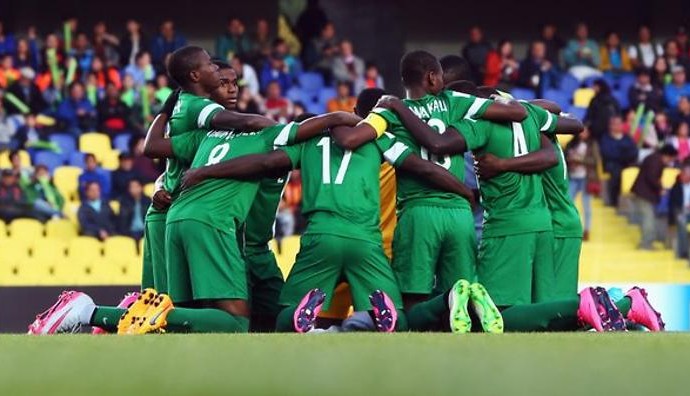 After three days of intensive training session, Nigeria’s Golden Eaglets will depart Sokoto on Thursday ahead of Saturday’s second round, second leg U17 Africa Cup of Nations qualifier against Junior Menas of Niger Republic in Niamey.

Coach Manu Garba’s wards take a 1-0 lead to their hosts and must at least secure a draw to progress to the third and final round for a place in next year’s continental cadet championship to be held in Madagascar between April 2–16, 2017.

“We have worked hard in the last three days and after all said and done, it is the Almighty Allah that will know the outcome of the match,” Garba told thenff.com. “On our part, we are full of confidence and we want Nigerians to remember the team in their prayers as we travel to Niamey.

“Our objective is to secure qualification to the next stage and having done our part in terms of preparation, we are praying and hopeful that Almighty Allah will bless us with good result so that we can come out unscathed against the Nigeriens.”

NFF General Secretary, Dr. Mohammed Sanusi will lead the delegation. Also on the trip is Assistant Director (Technical), Abdulrafiu Yusuf. Coach Garba and his assistants, as well as backroom staff, will lead a playing personnel of 18 players.

Garba in the meantime, applauded the local football fans in Sokoto State for coming out in large numbers daily to watch the team’s training sessions at the Giginya Memorial Stadium: “Our coming down to Sokoto has helped us to acclimatize with the same weather condition we are likely going to meet in Niamey. We thank the people of Sokoto State for providing us with the conducive environment to train.”

Team coordinator Prince Udofia said the players were in high spirit, explaining the training camp in Sokoto has strengthened the team in several ways: “We have enjoyed our stay here in Sokoto and the players have been able to train here without distractions; by the grace of God, we shall get a good result from Niamey because we trained well; and we are hopeful the players will do their best.”