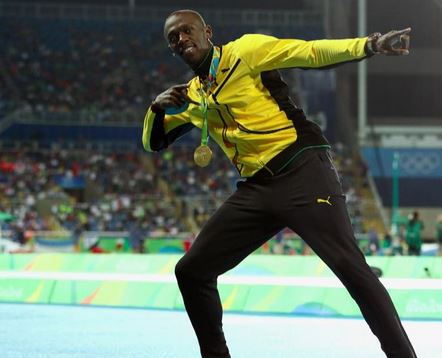 From Beijing to London and now Rio, Usain Bolt drew down the curtain on his brilliant Olympic career by winning his nineth gold medal and securing his sprint titles for a third successive Games as Jamaica successfully defended the 4×100 meters relay crown in Rio on Friday.

Two days shy of his 30th birthday, Bolt anchored his country to victory in 37.27 seconds so adding the relay crown to the 100 and 200 meters titles he has owned since exploding onto the Olympic stage in Beijing in 2008.

And the Jamaican was full of praise for fans worldwide according to a tweet posted Saturday morning:

My fans you guys never doubted me a min and for that I belong to you guys forever #blessed pic.twitter.com/j5xcwI0wXf

The 11-times world champion has become one of the best known sportsmen in the World and has a legitimate claim to the title of greatest Olympic track and field athlete ever.