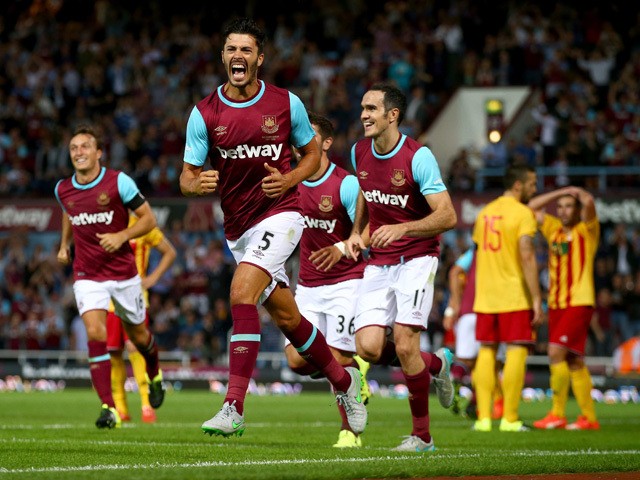 West Ham United football club has announce their first ever official partnership in Africa, following the signing of a long-term agreement with Capital Oil and Gas Ind. Ltd, the principal investor in Nigerian Professional Football League side, FC Ifeanyi Ubah.
The partnership will provide Capital Oil and Gas with a range of rights to promote the business through the football club, driving visibility and awareness as well as focusing on B2B interaction through the use of hospitality at the Hammers’ iconic new home.
Based in Nnewi, Anambra State, and currently competing in the Nigerian Professional Football League, FC Ifeanyi Ubah are to become the Hammers’ Official Nigerian Football Club Partner.
The partnership agreement will develop a good relationship between these two football clubs and aid them join forces on a number of footballing projects led by FC Infeanyi Ubah, from best practice coaching initiatives to establishing grass roots football programmes in Nigeria all with a view of improving the standard of football within the region. West Ham United Vice Chairman Baroness Brady CBE: “This ground-breaking partnership serves to further emphasis our growing international profile bringing the famous West Ham United name to Africa for the first time in a partnership context”.
Dr Patrick Ifeanyi Ubah, owner of FC Ifeanyi Ubah and Chairman of Capital Oil and Gas, added: “We are extremely excited to have signed a partnership with West Ham United and are excited by the prospect of what we can achieve together. This is going to be a massive turnaround for FC Ifeanyi Ubah, Nigerian football and African football by extension.
originally posted; west ham official site