The World’s Longest Civil War Is Over

Colombia’s chief negotiator, Humberto de la Calle, expressed it in this way. “The war is over,” he said. 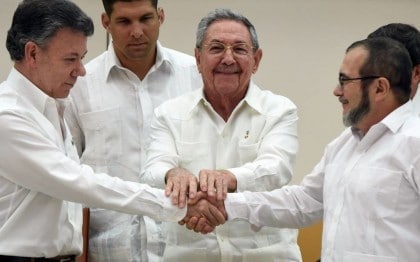 “Today starts the end of the sufferance, pain and tragedy of the war,” President Juan Manuel Santos, who made the peace talks the main pillar of his administration, said from Bogotá. “We have reached a final, complete, definitive agreement to end the armed conflict with the Farc.”

The Farc guerrilla group leaders and the Colombian government on Wednesday reached a historic peace agreement to end one of the world’s longest civil wars.

After 52 long and intensive years of civil war and a protracted four-year negotiation, the Colombian government and the insurgent Revolutionary Armed Forces of Colombia (FARC) announced Wednesday that they have reached a final agreement. 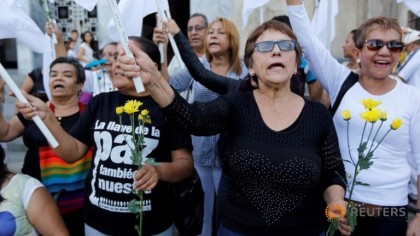 In Colombia, even before Santos spoke, church bells pealed at noon to mark the start of the signing. Crowds in Bogota, the capital, gathered around giant TV screens set up in the streets, dancing, cheering and clapping as the ceremony unfolded.

A retired teacher Graciela said “I’m 76 and have lived this war all my life – I never thought the time would come when these characters would sign peace. I’m so happy – I can die in peace,” crying as she spoke. 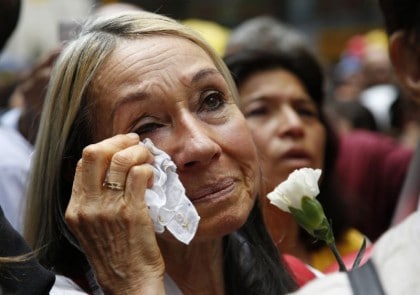 White House said “a critical juncture in what will be a long process to fully implement a just and lasting peace agreement.”

Government sources said the official signing by Santos and FARC Commander Rodrigo Londono, also known as Timochenko, will take place in a ceremony in September, possibly in Colombia.