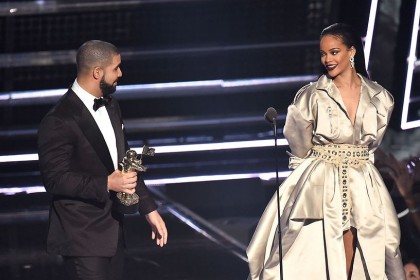 Rihanna accounted for the largest part of the ceremony’s runtime, with four performances on stage and a speech at the end of the night when she accepted MTV’s Video Vanguard Award. 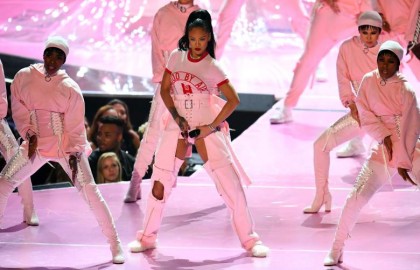 Drake when presenting Rihannah with award, he got so mercilessly curved by Rihanna at the night’s VMAs, he professed his decade long love for her, she gave him a kiss on the cheek. 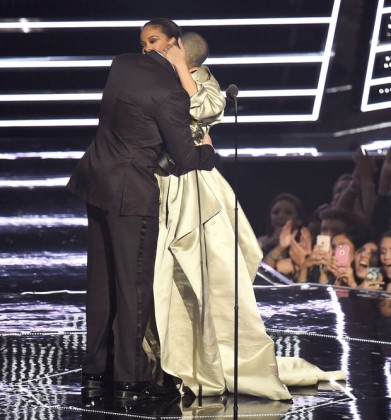 Rihanna herself noted how weird it was to receive a lifetime-achievement prize at age 28, but hit after hit and still leave many of her smashes untouched made a clear case for her worthiness for the award. 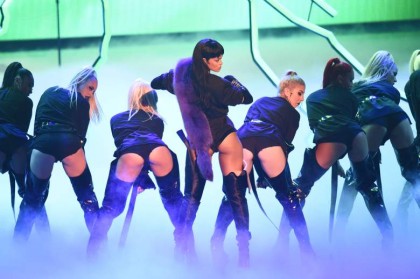 In the wee hours of Monday morning, Drake posted a shot of himself and Rihannah engaged in what certainly looks like couple behavior, which his fans quickly surmise came from the couple’s rumored date at Toronto’s aquarium earlier this month. 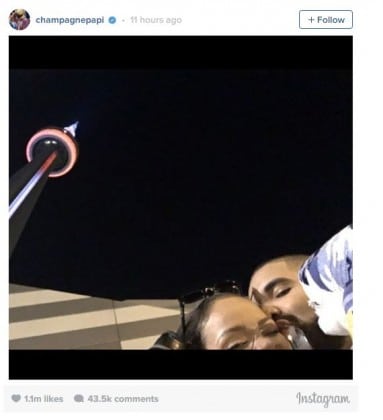 Though Rihannah is sometimes been accused of seeming more like a vessel for producers than anything else, a unified and singular vision at work, a vision that the VMAs then connected with her hugely fun back catalogue. 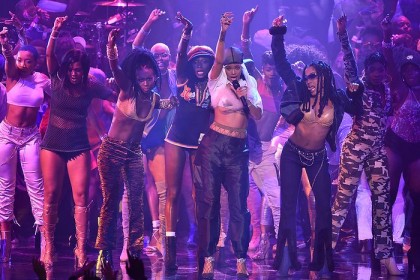 Riri, as she’s fondly called by her fans is a Barbadian singer and songwriter. Born in Saint Michael and raised in Bridgetown, she first entered the music industry by recording demo tapes under the direction of record producer Evan Rogers in 2003.