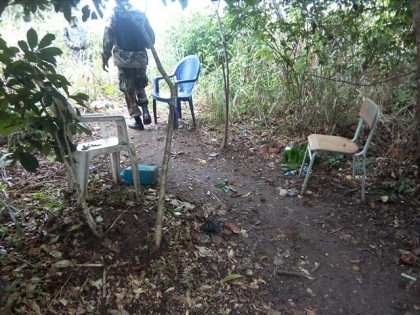 During the raid one Chigozie aka “Chi boy”, a notorious kingpin of one of the cult groups lost his life, while another member was later discovered dead in the forest and quite a number of the gang members were believed to have escaped with gun shot wounds.
[metaslider id=9685]
The troops recovered quite a number of military uniforms and mobile telephones and other household items before destroying the camps to prevent the cultists regrouping in the area. They have continued to comb the general area for other members of the kidnapping syndicate.