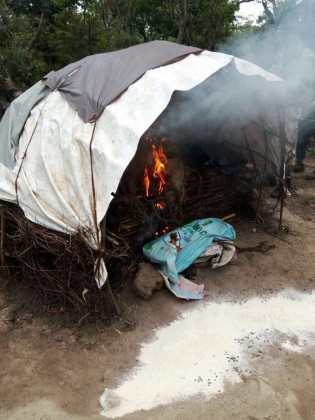 Sani Kukasheka Usman, Abuja: On Friday, 9th September 2016, a fighting patrol team of 33 Brigade Nigerian Army following a tip off had contact with suspected kidnappers at Lame Burra forest near Dutsen Ganye, Gunduru and Kati Layin villages, Bauchi State. During a heavy exchange of fire, the troops killed 7 of the kidnappers and destroyed their camps. They also recovered 2 AK-47 rifles and 3 Dane guns at the camp. 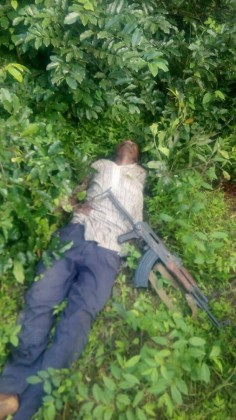 The troops are still combing the general area to further track down other fleeing members of the criminal gang.

It is important to state that the Brigade after the initial successes of its Operation FOREST KUNAMA, which was aimed at clearing all livestock rustlers and armed bandits camps in Bauchi and Gombe States general area, the Chief of Army Staff (COAS) directed them to maintain continued presence at the Lame-Burra forest. This is to prevent the criminal elements that fled from returning.

Subsequently, 2 Forward Operation Bases (FOBs) were established at Lame and Jimi to cover the Lame and Burra axis of the forest respectively. Troops usually carry out periodic fighting patrols into the forest from the FOBs.

In a related development, troops on Operation LAFIYA DOLE deployed at Forward Operation Base (FOB), Buratai in conjunction with local vigilante arrested a suspected Boko Haram terrorist named Adamu Damuna. He is currently being interrogated.

You are please requested to disseminate this information to the public through your esteemed medium.