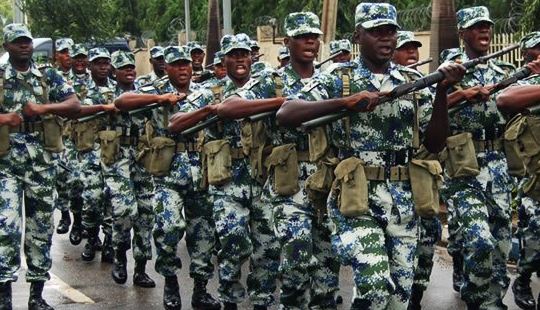 As part of efforts to eliminates unwholesome activities perpetrated by criminals in the Niger delta region,

The Nigerian navy has arrested a suspected militant Uduak Eti, regarded as one of the top leaders of group called ‘ Bakassi strike force’ BSF.

In statement, director of information, Nigerian navy, commodore Christian Ezekobe said the arrests bring to the fore the commitment of the force and other security agencies to stamp out the menace of criminal activities in the Niger delta region.