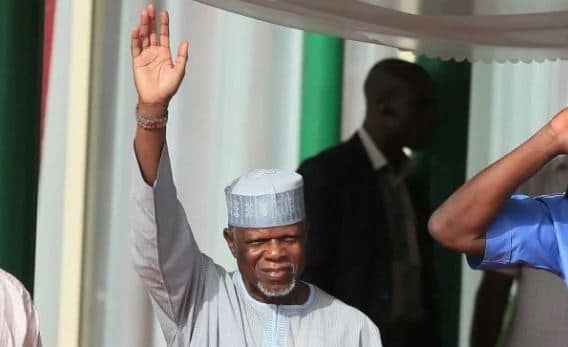 Federal High Court in Lagos on Friday dismissed a suit challenging the appointment of retired Col. Hameed Ali, as the Comptroller-General of the Nigeria Customs Service.

The suit was instituted by a rights activist, Ebun-Olu Adegboruwa, in November 2015.

Adegboruwa had urged the court to determine whether the president could appoint anyone as comptroller-general of customs without complying with Section 3 of the Official Gazette of the Federal Republic of Nigeria made on 25th March 2002.

Adegboruwa then asked the court to nullify the appointment.

Justice Sule Hassan, held that the president was empowered under Section 5 of the 1999 Constitution, to exercise all executive powers.

Hassan held that these powers could be exercised either by himself or through officers delegated for that purpose.

He held that under Section 171 of the same constitution, the president was empowered to appoint public officers and thus, the appointment of Col Hameed Ali, was validly made and same would stand in law, notwithstanding any thing to the contrary.

The judge held that although the applicant had not shown sufficient or special interest that robes him with the requisite locus standi to maintain the action, as he was not a customs officer.

Hassan disagreed with Adegboruwa that the latter case of Chief Gani Fawehinmi v President, FRN, had opened the floodgates for citizens to challenge all government actions.

He, consequently, upheld the preliminary objection of the respondents and struck out the case of the applicant, without any order as to costs.

Nigeria Customs service had filed a preliminary objection, challenging the locus standi of the applicant to file and maintain the suit.

The customs service contended further that Adegboruwa’s suit was a mere academic exercise raising hypothetical questions that the court should not entertain.