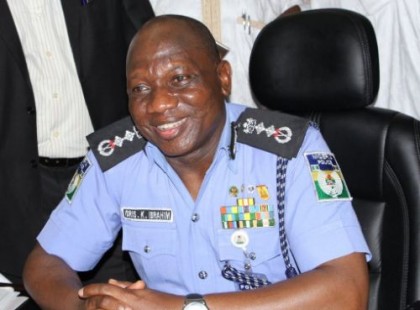 He expressed concern over the current security situation in the Country and commended the concerted efforts of the Nigeria Police Force in ensuring adequate security and safety of life and property throughout the Country.

He further lauded the commitment and dedication of officers and men of the Nigeria Police Force in crime prevention and detection, most especially in the area of visibility policing which he observed has led to drastic reduction in crime and criminality in the country. He promised that the group will continue to partner with the Force.

In his remarks, the IGP expressed delight at the visit and acknowledged the fact that the group have always been partners in progress with the Nigeria Police Force.

He assured them that the Force will continue to commend it’s personnel for better performance. He told them that Nigeria Police performs excellently well while in foreign missions and urged them to give their maximum support to enhance efficiency in the Force.

The IGP informed the group that the re-organisation of X-Squad is aimed at strengthening the Force to fight corruption within and outside the Police Force. And that the Eminent Persons Forum was designed to partner with communities and find lasting solution to lingering problems in the society. On a final note, he advised the group to educate the masses on the importance of community policing and that policing is everybody’s business.