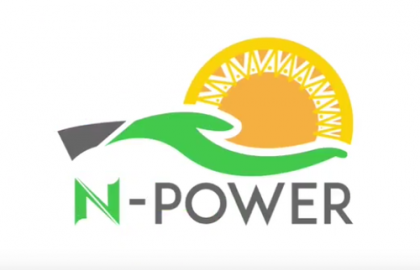 Laolu Akande, Abuja: About a million Nigerian undergraduates who have applied online for the N-Power programme of the Buhari presidency would now be assessed in order to pick the final 500,000 for the two-year volunteer positions.
N-Power also has programmes for non-graduates.
Earlier today the Federal Government released a schedule for the next phase of the N-Power Programme, which is the job creation and empowerment initiative of its Social Investment Programme.

Under the next phase of the programme, candidates will be assessed in phases based on their specific chosen programmes before the final selection.
Under this phase, applicants are to log in and fill in their phone numbers and surnames as contained in their original application, using their personal profile (which has been opened for every applicant).
In addition, all candidates will be notified by SMS of their assessment the day before.
All assessments will include some personal questions and other questions testing basic knowledge of English, General Knowledge and Quantitative Reasoning.

Applicants should also note that they will be tested on other programme-specific questions depending on the programme they applied for.

Applicants are to note also that they can take their tests on a smart-phone, tablet, laptop or desktop computer provided that the devices have internet connection.
Successful applicants will be selected to participate in the N-Power programme.

Applicants can only gain access to their profile for assessment as represented in the schedule which breaks down applicants in batches by the first letter in their surnames.
Based on the schedule, applicants for the N-Power Teach programme will be first in line, starting on Tuesday September 20, 2016 and applicants whose surnames fall between the alphabets V-Z (e.g. Venda, Wushishi, Xiaver, Yusuf, Zikora) should log in and take their assessments on the stipulated date.
A schedule for each programme’s assessment is represented below