Victim of Kidney Theft Is Responding To Treatment – Adamawa State Min. Of Health 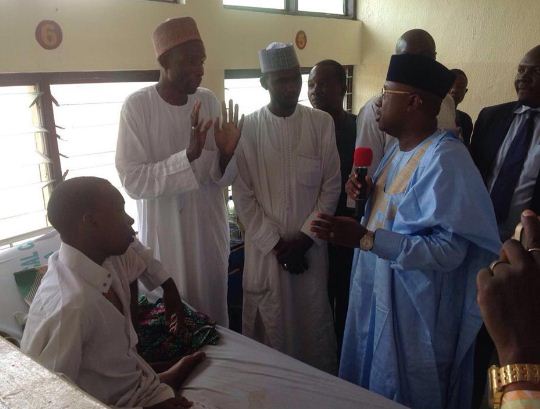 The patient whose kidney was removed after a doctor mistook it for tumour is responding to the treatment to salvage him.

The 23-year-old herdsman from Fufore Local Government in Adamawa state, Isa Hamman, had his kidney extracted by a doctor in a private clinic who conducted a surgery on him.

The doctor’s conduct was described as unprofessional by a committee constituted by the ministry of health that investigated the incident.

A man, who promised to donate one of his kidneys to the victim, accompanied him to Kano for the transplant.

The state donated N5 million for the treatment of the victim.

According to her, Governor Muhammadu Bindow personally intervened in the matter.

She said that Hamman was taken to the hospital personally by the governor in good faith and that his kidney transplant will be conducted soon.

”Available reports show that Isa Hamman condition is stable, and he is responding to treatment, while clinical examinations are still ongoing,” Atiku said.

She dismissed alleged online publications criticizing government for taking the patient to Kano “just to die’’, saying that the publication was misleading and false.

” This publication is not only false, but a figment of the thinking of the writer aimed at tarnishing the image of the Adamawa State Government.’’

She said the insinuation intended to spoil the good relationship between the patient’s family and the government.

The Adamawa State Police has arrested the medical doctor, Hassan Yakubu, for his alleged role in the removal of the kidney.

The arrest of the medical doctor, the police said, was to help with their investigations into the alleged theft of the kidney.

The command’s Public Relations Officer, Othman Abubakar, confirmed the arrest of the doctor on Tuesday in Yola.

Othman said the doctor was interrogated by officers of the criminal investigations department of the command.