Amnesty International Report On Nigeria: Torture and Other Ill Treatment In The Special Anti-Robbery Squad (SARS) 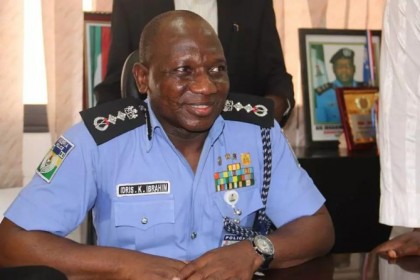 Don N. Awunah, Abuja: The attention of the Nigeria Police has been drawn to the Amnesty International Report published on 20th September, 2016, captioned “NIGERIA: YOU HAVE SIGNED YOUR DEATH WARRANT” special Police Squad ‘get rich’ torturing detainees and demanding bribes in exchange for freedom”.

The Nigeria Police Force after a careful study the report, wishes to state categorically that the report in its entirety is misleading, a clear misrepresentation of facts, unverified accounts and absolute distortion of the current situation in Special Anti Robbery Squad [SARS] throughout the country.

The report is evidently the characteristic mindset and pattern of Amnesty International to deride and castigate public institutions especially in developing countries like Nigeria.

The Amnesty International’s Nigeria researcher, Damian Ugwu’s choice of words in describing the operations of SARS portrays the researcher’s apparent ignorance of the rules of engagement of SARS and the laws regulating criminal investigation in Nigeria.

The researcher deliberately misconstrued the cautionary words, a prerequisite for suspects to sign before voluntary statement is taken from them as “death warrant”.

For avoidance of doubt, word of caution is in accordance to Judges Rule 5, which states that, “I have decided to make complaint against you in the court of law, do you wish to say anything? You are not obliged to say anything but remember that whatever you say shall be taken down in writing and may be given in evidence”. The Nigerian Lawyers and the court system are aware of these words of caution but to Amnesty International, it translates to “death warrant”.

The Nigeria Police Force has in place a functional and pragmatic disciplinary measure against erring officers and men, and has charged to court Police Officers involved in proven cases of violations of rights of suspects in detention. Facts are available for verification.

It is incumbent on the Force to educate the writer that the Nigeria Police Force and its officers are committed to upholding the fundamental Human Rights of every Nigerian as enshrined in chapter 4 of the Nigeria constitution and also in accordance to Africa Charter of Rights and UN Declaration of Human Rights. Our guiding principles are democratic policing and International best practices in criminal investigation.

The assertion of the Amnesty International Nigeria researcher that detainees are subjected to “horrific torture methods, including hanging, starvation, beatings, shootings and mock executions, at the hands of corrupt officers from the feared Special Anti-Robbery Squad [SARS]” is a fantasy of Damian Ugwu.

The Nigeria Police do not tolerate or condone torture in any form. The Inspector General of Police, IGP Ibrahim K. Idris upon assumption of office conducted an audit of SARS rules of engagement and in a follow up reorganisation ensured:

The Force has been working with critical stakeholders in the criminal justice system in the country and other local and international NGOs and partners including foreign embassies and international human rights organisations to train and retrain Police personnel to conform to International best practices on care and custody of detainees in its detention facilities across the country.

It must be pointed out that suspects/detainees in police detention facilities generally have unfettered access to legal practitioners of choice, access to relatives at regulated time and care.

However, it is on record that upon written request for a visit to SARS facilities in Abuja, Anambra and Enugu States by Amnesty International, the Inspector General of Police approved the following dates.

The bone of contention therefore is who is fooling who? Can Amnesty International and its orchestrated report be trusted? The obvious answer is NO.

The Nigeria Police, therefore wishes to urge Nigerians and the International community to discountenance and disregard the so called Amnesty report on Police torture in Nigeria as a clear demonstration of mischief and calculated attempt to promote a campaign of calumny and hidden agenda of suppressing growth and development in countries like Nigeria.

The Inspector General of Police, IGP Ibrahim Idris wishes to reassure Nigerians and the International community that the Nigeria Police will continue to discharge its statutory functions according to all known laws and regulations despite obvious distractions.

The Nigeria Police is determined to adhere to principles of International Police reforms, conform to standard discipline and rewards system, building trust and confidence in the citizenry and will not condone torture and other ill treatment of suspects in the Special Anti Robbery Squad [SARS] detention or any of its detention facility throughout the country. The Nigeria Police performance in International organisations has been a source of pride to Africa and the United Nations.