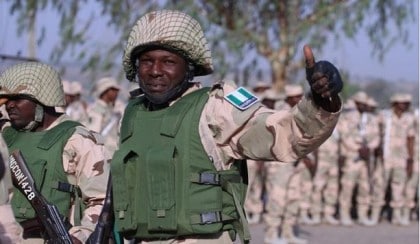 Militants Attack Troops At Bakassi
The busy weekend for Nigerian army started at Bakassi, where at the early hours of the morning, suspected militants led by the declared wanted criminal kingpin, Benjamin Simplee (AKA G1) leader of the Bakassi Strike Force, in several speed boats attacked troops deployed at Efut Esighi waterfront in Bakassi LGA of Cross River State. 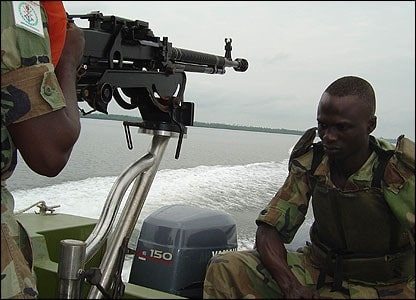 Nigerian Army Reacts To Shekau’s New Video
Next was the new video released by Boko Haram terrorists showing Abubakar Shekau, the most wanted person in Nigeria who Nigerian Army said was badly wounded in air raid that took place at Sambisa Forest by Nigerian Air Force.

A video clip released by the so-called Abubakar Shekau faction of the remnants of the Boko Haram terrorists group this morning. 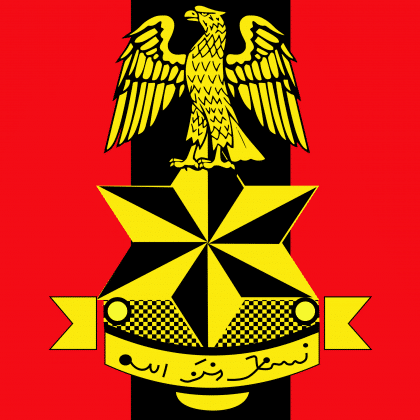 In it, the purported leader of the group in his usual insane manner made all sorts of assertions to the point of threatening various towns, groups and individuals.

The video has shown beyond all reasonable doubt the earlier suspicion that the purported factional terrorists group leader is mentally sick and unstable.

Nigerian army reacted in this way, by saying “we wishes to assure the public that they should not be bothered by the contents of the video clip. This is because the facts on the ground speak for themselves.”

“We want to assure Nigerians especially the residents of Maiduguri, Kano, Kaduna and Zaria not to panic as we have more than what it takes to defend them and deal decisively with the remnants of the terrorists group.” said Nigerian Army

The Ag. Director Public Relation Nigerian Army Col. Sani Kukasheka Usman rounded up saying “window still exists for the repentant ones among them to lay down their arms and surrender to justice.”

Attack At Logomani
Then at the early hours of Sunday 25th September 2016, some suspected remnants of Boko Haram fighters numbering about attacked our troops location of at Logomani along Dikwa-Gambarou road, Borno State, in a 3 waves attack using 36 Hand Grenades and Rocket Propelled Launchers. Our troops fought gallantly and repelled the attack which lasted for about one hour. 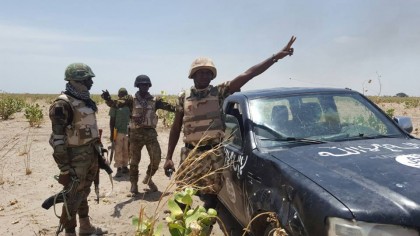 After fierce encounter with the terrorists, the troops counted 22 dead bodies of Boko Haram fighter. Soldiers also recovered 2 AK-47 Rifles, 1 FN Rifle, 1 G3 Rifle and some 36 Hand grenades. Unfortunately, we troops lost 4 soldiers and their rifles as a result of the effect of Boko Haram use of Rocket Propelled Grenades, while 2 soldiers were wounded in action.

Col. SK Usman said “wounded soldiers in action have been evacuated for further medical management. The location have been reinforced and replenished while the troops have continued their clearance operations.”

Godogodo Attack In Kaduna State
Then the Kaduna, Godogodo village attack. 1 Division Nigerian Army in a joint operation with personnel of Nigeria Police and local vigilantes have today repelled a coordinated attack by gunmen on Godogodo town of Kaduna State. 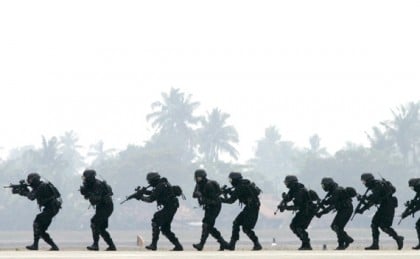 “4 local vigilantes lost their lives while another 9 were wounded in the course of countering the dastardly attack meant to cause more loss of lives and properties of law abiding citizens of Godogodo Town.” Col. SK Usman said

The situation in Godogo Town has since returned to normalcy and efforts are ongoing to track the remaining fleeing bandits.

Col. Sani Kukasheka Usman said “The ambush was cleared and 3 Boko Haram terrorists were killed by the troops. They also recovered a Machine Gun, 1 AK-47 Rifle and some quantity of ammunition.” 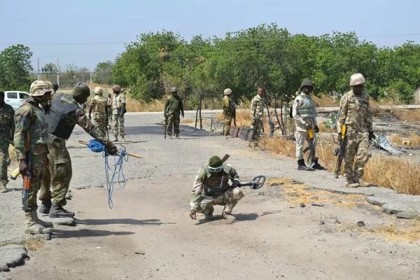 “Unfortunately, we lost an officer and 3 soldiers, while 16 soldiers and 3 Civilian JTF sustained injuries during the encounter.”

“The wounded have since been evacuated and are in stable condition.” Col. SK Usman