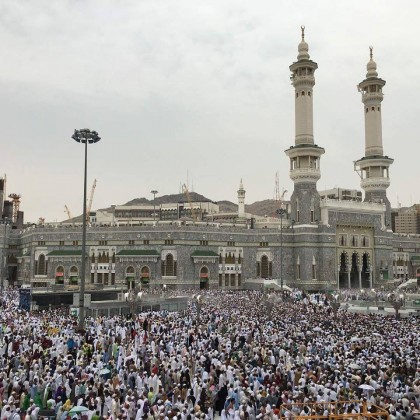 A total of 311,858 pilgrims have so far been taken to Jeddah from Makkah by 7,705 buses for their journey back home following the Haj, according to the center to monitor the grouping of pilgrims on the Jeddah-Makkah Expressway.

The Saudi Press Agency reported that 74,859 non-Arab African pilgrims, out of a total of 163,142 who performed Haj this year, left for their respective homes until Saturday evening.

Of them, 62,294 pilgrims were grouped from Makkah to King Abdulaziz International Airport in Jeddah while 12,565 left for Madinah to pay respects to the Prophet Muhammad (peace be upon him) and pray in his mosque.

Meanwhile, 27,598 pilgrims have arrived in Madinah from Makkah on Saturday, according to a statistical report issued by the Private Establishment of Guides.

The report said, so far a total of 259,709 have arrived in Madinah after the conclusion of the Haj.

It said 123,275 pilgrims have left Madinah after paying homage to the Prophet and praying in his mosque leaving behind 136,403 others in the Prophet’s city.

According to the report, 16,720 Indonesians are still in Madinah, constituting the largest single nationality of pilgrims in the city.