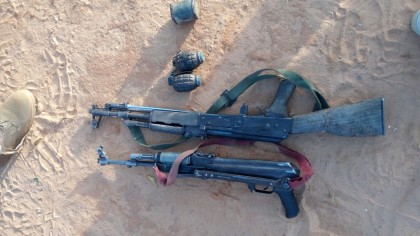 They engaged them in a fire fight that lasted for an hour. The troops killed 9 Boko Haram terrorists and wounded several others.

However, the troops hand held radio was badly damaged during the encounter.

The troops would continue the clearance operation of the remnants of the Boko Haram in all the nooks and crannies of their areas of operation with renewed vigour and determination.