Buhari Will Do Everything To Make Nigeria Great – VP Prof. Osinbajo 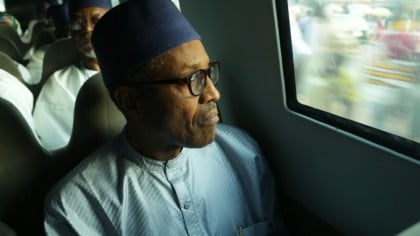 Laolu Akande, Abuja: President Muhammadu Buhari is ready to put everything on the line to make sure Nigeria is great and he has no other objective other than seeing this dream come true, says Vice President Yemi Osinbajo, SAN.

“This morning, I had a meeting with the President and he repeated to me twice, he said ‘at my age there is only one thing I am looking for, I want to see a great Nigeria’. He has no other objective and I feel very inspired by that,” Prof Osinbajo stated.

The Vice President spoke while receiving a delegation of Christian Ministers Welfare Initiative also known as the Pastors’ Forum, Taraba State, at the Presidential Villa, Abuja.

Prof. Osinbajo while restating the firm commitment of the President and himself to a great Nigeria where peace and justice reign said “it is madness for anybody in our position to be looking for money. According to him, God put people in a position of authority for them to be able to do something for their people.

“I think if any Nigerian gets the chance to be president of the country, there is nothing he/she is looking for anymore except that while there you improve the lot of the people,” he added.

Linking the economic situation to corruption and official graft, the VP stated that “no economy can tolerate the level of corruption seen in Nigeria without the consequence, Nigerian lives were being lost and yet people cannot account for $15 billion meant for purchase of security equipment to fight the insurgents.”

Besides, the Vice President also explained how the factor of vandalisation of oil installations is contributory to the recession.

He said Nigeria has lost several millions of barrels of crude oil due to the activities of the militants in the Niger Delta.

According to Prof. Osinbajo, at the time the militants started blowing up oil and gas installations, the amnesty stipend were still being paid, “nothing changed, the only reason is that we are investigating people who have stolen money.”

He added that the country was loosing one million barrels of oil a day, nothing that, that is 60% of the country’s revenues, and there is nowhere such amount of revenue is lost without going into some economic challenge like a recession.

While expressing optimism that the country will come out of the recession, the VP stated that “there is no question at all, God has a reason for bringing us in at this time and God helping us we will see a change in this country.”

Vice President Osinbajo urged the Church and all religious leaders to stand up against corruption, stressing that if this government is doing the right thing by fighting corruption the Church should support it.

In response to some of the concerns of the delegation, the Vice President assured that the Federal Government is working very seriously to end the problem of ravaging herdsmen. He said the President has instructed the police and the military to act and deal with anybody who carries arms.

He then urged that anybody with early information or intelligence on such violent activities should give it to government and the security agents for effective response. He also added that those behind the ‘herdsmen violence’ are criminals.

While calling on honest and forthright men in the country to work together, Osinbajo said God has structured Nigeria in such a way that no one can dominate another, not Muslims against Christians or Christians against Muslims.

Rev Nyiekule also highlighted that the Christian Ministers Welfare Initiative is a non-partisan group but supports good persons who want to participate in government, adding that the federal government should come to the assistance of those churches whose premises are being used as IDP camps.