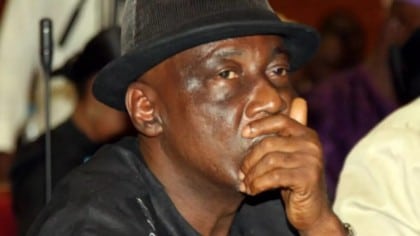 Paradang, while being cross-examined by Chris Uche, SAN, and Micheal Eleyinmi, counsel to the second and third defendants respectively, again narrated the events leading to the ill-fated exercise, stating that he had kicked against it.

He had earlier testified to effect that he was sidelined by the former Minister during preparations for the March 15, 2014 recruitment exercise which led to the death of about 20 applicants.

In his testimony today, Paradang stated that, “on 9th September 2013, I wrote to the secretary to the board, protesting the recruitment exercise. At the time I wrote the letter, save the advert, no other part of the implementation of the exercise had commenced.”

He, however, denied having dealings with the second and third defendants, former Permanent Secretary of the Ministry of Interior, Anastasia Daniel Nwobia and a serving Director of the Ministry of Finance, F. O. Alayebami, regarding the exercise.

The witness also denied seeing the names or signatures of the second and third defendants on the contract that had been awarded Drexel Global Tech Limited for the provision of online enlistment and recruitment.

“I did not see her name or signature on the contract. As far as Immigration was concerned, I did not have any meetings with the third defendant. I do not know if he played any role in the contract”, he said.

Thereafter, the matter was adjourned to September 30, 2016 for cross-examination of the witness by counsel to the fourth defendant and continuation of trial.

Moro and others are facing an 11-count charge bordering on obtaining by false pretence, procurement fraud and money laundering.

They are alleged to have defrauded a total of 675,675 Nigerian job applicants to the tune of N675, 675,000.00 through e-payment for the online recruitment exercise into the Nigerian Immigration Service, NIS, on March 17, 2013.