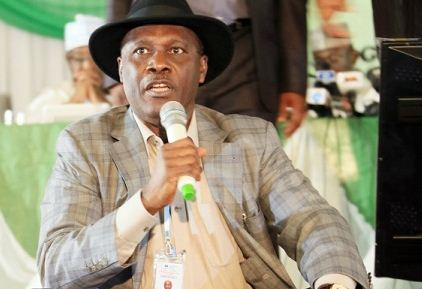 The Code of Conduct Tribunal, CCT, sitting in Abuja, on Tuesday, found a former Minister of Niger Delta Affairs, Mr. Godsday Orubebe‎, guilty of the allegation that he falsely declared his assets in 2007.

Orubebe had been standing trial for false asset declaration, The asset is in a choice area of Abuja, Asokoro.

Chairman of the tribunal, Justice Danladi Umar, announced a forfeiture of the property.

Justice Umar explained that the testimonies and document presented by the prosecution prove that the former minister is guilty as charged.

He was charged by the Code of Conduct Bureau for alleged failure to declare landed property in Kyamu and Asokoro district, both in Abuja, on assumption of office as minister on September 26, 2007.

In the other counts, the former Minister was also accused of allegedly accepting bribes totalling 70 million naira for the award of contracts in favour of his company.

“The prosecution proved its case beyond reasonable doubt, and all evidence tendered are admitted.”

The tribunal chairman held that Orubebe committed an offence for not declaring a piece of property in Abuja, which the former minister claimed he had sold.