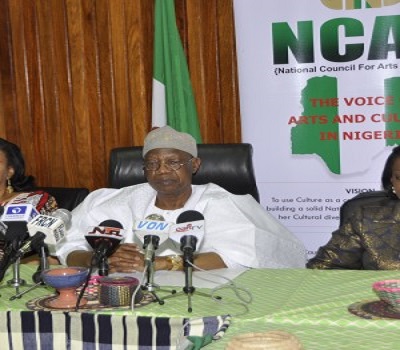 The Minister of Information and Culture, Alhaji Lai Mohammed, has described the 2016 edition of the annual National Festival of Arts and Culture (NAFEST 2016) as a success, saying it has helped to strengthen national unity.

This was contained in a press release by the Senior Special Assistant to the Minister, on Media and Publicity, Segun Adeyemi.

”Undoubtedly the biggest achievement recorded at the NAFEST 2016 is that the festival has once again lived up to its original concept of uniting us as a nation,” the Minister said at the closing ceremony of the Festival, hosted by the Akwa Ibom State in Uyo, on Saturday. ”As you are very much aware, what is known today as the National Festival of Arts and Culture started off as the Unity Festival. This is because it was conceived as one of the tools to reunite us as a people after the unfortunate 30-month civil war,” he said in a speech read on his behalf by the Director General of the National Council for Arts and Culture, Mrs. Dayo Keshi.

Alhaji Mohammed explained that bringing people from many states across the Federation together for many days in an atmosphere of peace and tranquility is a strong statement, ”and it shows that we have decided to accept and respect one another’s differences and come together as one. There is no bigger achievement than this, because, without peace, there can be no sustainable development”.

He said NAFEST 2016 achieved its main objective, as spelt out in the theme of the Festival, which is ”Exploring the Goldmine Inherent in Nigerian Creative Industries”, to utilize and explore the multi-faceted ways in which culture contributes in concrete terms to our collective quest for economic empowerment and national development.

”This, I am sure, the festival has achieved through a thorough examination of both the theme and sub-themes which were manifested
through in all events of the festival via exhibition of arts and crafts, traditional wrestling, drama, poetry, performances, food-fair, essay, painting and drawing
competition and of course, the colloquium component,” Alhaji Mohammed said.

He said the Federal Ministry of Information and Culture would continue to work with local and international partners, including the Tony Elumelu Foundation and the British Council, to develop the capacity of players in the creative sector and also prepare the necessary environment for the private sector to invest in the sector.

The Minister commended the Akwa Ibom State Government for hosting the Festival and congratulated all the participants, officials and contingents from the various states of the Federation and Federal Capital Territory for their ”wonderful” performances.