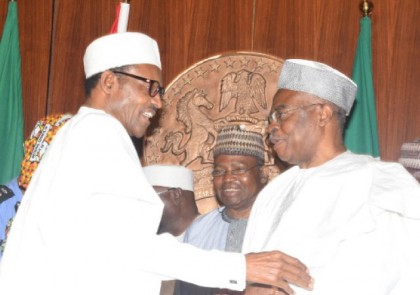 The Chairman of the Presidential Committee on North East Initiative, General TY Danjuma has expressed the commitment of the PCNI to the well-being and rehabilitation of the 21 Chibok girls released yesterday.

Gen. Danjuma, who also doubles as the Chairman of the Presidential Committee On Victims Support Fund has said the committee will prioritize the needs of the 21 released Chibok girls through cooperation with other government agencies.This was contained in a press release by the Head of Communications Unit of the PCNI, Alkasim Abdulkadir.

He further stated that since the girls had been in captivity for more than 2 years their current medical evaluation and psychological support was paramount at this time for post trauma care, further education and then eventual return to their families for them to effectively begin to pick up the pieces of their lives.

The Presidential Committee on North East Initiative was initiated  last year by President Muhammadu Buhari to coordinate government, NGO and INGO relief and humanitarian efforts in the North East.