The Son Of Late Ken Saro-Wiwa Is Dead 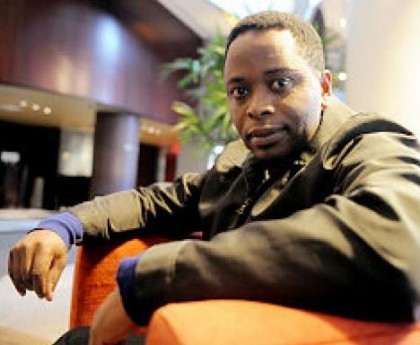 The son of the late Niger Delta and environmentalist Activist, Ken Saro-Wiwa has died at a London hospital after suffering a stroke, his family revealed.

He later served Mr Obasanjo’s successor, President Umaru Yar’Adua, as an adviser on international affairs and stayed on under President Goodluck Jonathan until after the change of power last year.

His father was arrested and accused of incitement in 1994 after four Ogoni chiefs were murdered.

He denied the charges but was imprisoned for over a year before being found guilty and sentenced to death by a specially convened tribunal.

The same happened to eight other MOSOP leaders who, along with Saro-Wiwa, became known as the Ogoni Nine.

On 10 November 1995, they were killed by hanging by military personnel then.

Saro-Wiwa Sr led the Movement for the Survival of the Ogoni People (Mosop), which accused oil multinational Shell of destroying the environment in his home region of Ogoniland in south-eastern Nigeria.

His execution after a secret trial under Gen Sani Abacha led to Nigeria being suspended from the Commonwealth.

International oil companies, including Dutch firm Shell, have been drilling in the region for decades and the Ogoni people have had to deal with multiple oil spills.

A 2011 report by the United Nations Environment Program found that it would cost $1 billion to clean up Ogoniland and would take up to 30 years to restore the environment following the impact of oil spills.

The administration of current Nigerian president, Muhammadu Buhari, announced a $1 billion clean-up operation of the region in June.

NEWER POST#Corruption: It Is Those Who Eat Sour Grapes That Will Have Their Teeth Set On Edge – Femi Adesina
OLDER POSTSenate lauds NDIC For Regular Remittance To Consolidated Revenue Fund