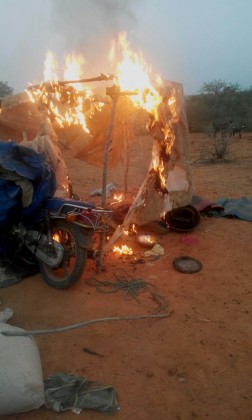 Col. SK Usman said “the troops killed 4 bandits, recovered a motorcycle and destroyed all the camps at the forest.”

“During the operation, 3 kidnappers, Umaru Buje, Sanusi Shuaibu and Samaila Ibrahim were arrested by the troops.” Col. SK Usman

The arrested persons are currently being interrogated.