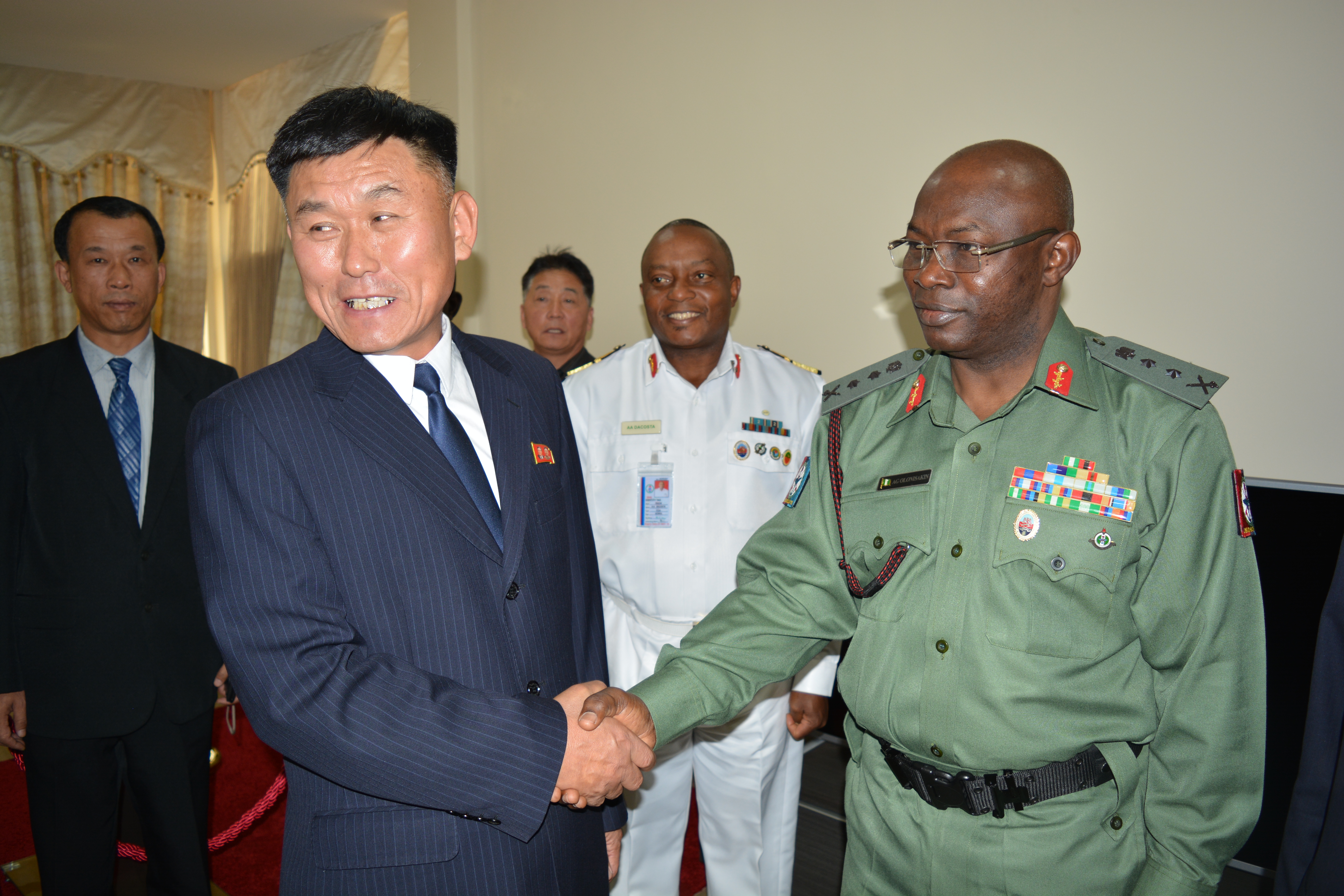 Rabe Abubakar, Abuja: The leader of a military delegation from the Democratic Republic of Korea, Major General YO Song Chol has commended the Nigerian Armed Forces for its exceptional roles in regional and global peacekeeping operations which have accorded Nigerian Military positive image in the comity of global Armed Forces.

The Korean expressed his country’s willingness to partner with Nigerian Armed Forces in the area of counter-insurgency training and capacity building for enhancing national defence capability aimed at total eradication of extremists in the West African Sub-Region. 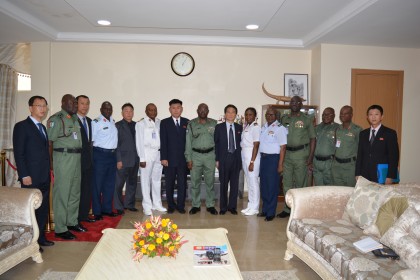 South Korea Major General Song Chol said, “the world is currently witnessing series of security threats from radical groups such as Boko Haram, ISIS and Al-Shabab, noting that the Korean Armed Forces has been collaborating and cooperating with other countries to fight the common enemies.”

Other areas for mutual benefit hinges on the need for transfer of technology including the building of military industrial complexes.

Nigeria’s Chief of Defence Staff, Gen. Olonisakin assured the Korean Senior military officers that “Nigerian Armed Forces is ready to partner with any country of the world that share the same ideology and aspiration to fight extremism and terrorism in order to engender global peace and tranquillity.”