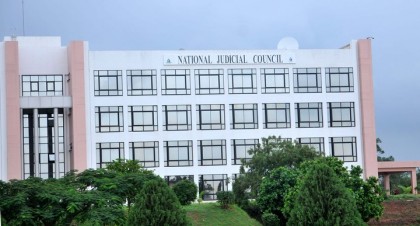 Discussants on NTA’S Good Morning Nigeria, say the initiative if implemented will go a long way in restoring confidence and efficiency in the judiciary.

With a question mark on the integrity of some judges and other judicial officers, the new policy was described as apt.

The document which makes provisions for the independence of the judiciary seeks to ensure that the actions and or in-actions of judicial officers conform with their oaths of office and ethics of their professional callings. It further aims at curbing corruption and other unethical conducts.

The guests said although the policy is coming at a time when some judges are accused of corruption, its implementation will help clean up the system.

They however, submitted that other provisions such as accessing information by the media must be put in place to ensure the success of the policy.

The guests also advised that those who are going to implement the policy must set good example and live above board.