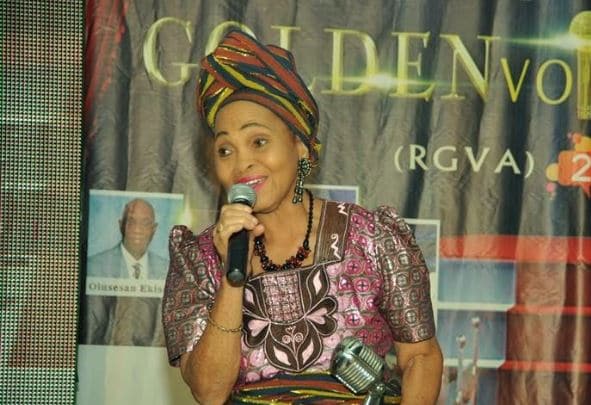 This was stated in a press release issued by the Special Adviser to the President on Media and Publicity, Femi Adesina on Saturday.

“President Buhari joins Williams’ family, friends and the vibrant media profession, in celebrating the broadcaster who had a sonorous voice that ruled the industry for more than 30 years, starting out early with the first television station in Africa in 1959, Western Nigeria Television (WNTV).” The statement said.

As one of the pioneer African television broadcasters, better known as ‘‘Africa’s First Lady of the Tube’’, the President believes the veteran journalist worked hard to inform, educate and entertain her listeners, and to also sustain the legacy of Chief Obafemi Awolowo who established the WNTV as a ‘‘surrogate teacher’’.

The President commends the quintessential courage and persistent spirit of Williams who constantly pushed herself to improve on her God-given talent until she reached the pinnacle of her career, carting home many awards even after retirement.

President Buhari prays that the almighty God will grant Williams longer life, good health and more strength in her newfound love of singing in the choir after retirement.

Anike Agbaje Williams was born in 1936. In her days in broadcasting, she was an outstanding authority in Nigerian television broadcasting industry.

She had a distinguished career in newscasting, producing, presenting and administration from the early 1950s to the mid-80s when she retired. She first appeared on television at the then WNTV-WNBS Ibadan on 31 October 1959.

She also scored double first as the first voice on the First Commercial Radio under the name WNBS (Western Nigeria Broadcasting Service).

She was also appointed by the then Federal Government as a member of Advisory Committee on the prerogative of mercy with Prince Bola Ajibola the then Attorney General as the Chairman for a period of over 5 years.