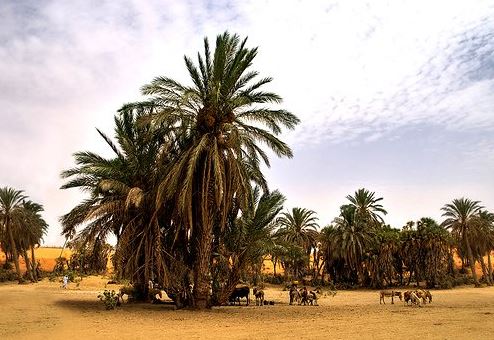 The Chad Basin National Park is a national park in northeastern Nigeria, in the Chad Basin, with a total area of about 2,258 km2. It is one of the seven (7) National Parks in Nigeria. The park is fragmented, with three sectors.

The Chingurmi-Duguma sector is in Borno State, in a Sudanian Savanna ecological zone. The Bade-Nguru Wetlands and Bulatura sectors are in Yobe State in the Sahel ecological zone

The Empire was established prior to 10th Century A.D. It was one of the famous and politically well organized Empires comparable to its contemporaries of Songhai and Mali Empires in Africa.

The then Borno Empire developed mainly within the Conventional Basin of the Lake Chad which Chad Basin National Park is now located.

The Empire played a prominent role in the growth and expansion of the Trans-Saharan Trade, Arabic and Islamic Learnings, Scholarship and diplomatic ties with Countries such as Egypt, Saudi Arabia, Turkey,Libya, Morocco and Spain. 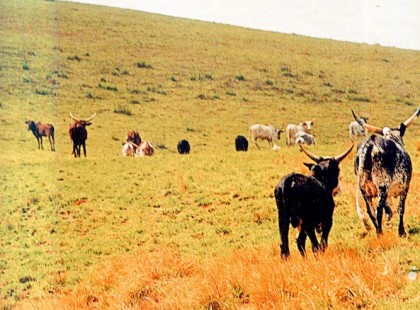 As a result of the Continental Trade, Islam was first introduced to what is today Nigeria around the 11th century A.D through Borno Empire.One of the noticeable relics of the material culture of the ancient Borno Empire which is still outstanding is the Rabeh’s Fort at Dikwa.

The Fort thereafter served as a Military Operational Base for the French, German and British Colonial Troops during the colonization of West Africa at various times in the early 1900s.

The Fort was eventually declared a National Monument on 23rd April 1959, even before Nigeria’s Independence. 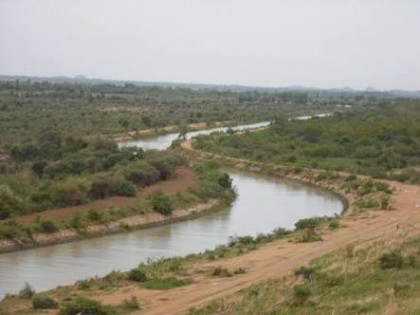 The culture of the local communities surrounding the Park is fundamentally Arabic-Islamic in nature due to the long interactions between the Arabs, the Kanuri’s and the Shuwa-Arabs during the Trans-Saharan Trade, amongst others.

The infiltration of the European colonizers into the then Empire has to a certain extent influenced the local peoples’ way of life at various socio-economic, political and religious levels.

Borno Empire was ( Borno-Yobe States are still) very famous for their renown Durbar; a grandiose royal festival of horses, camels, Procession of Princes and Princesses in regal attire, assorted war weapons, leadership and military hierarchy and martial music, with likely origin from North Africa, or even as far as India.

The Chingurmi-Duguma sector is in the Bama Local Government Area of Borno State, adjoining the Waza National Park in the Republic of Cameroon, around coordinates 11°45′0″N 14°15′0″E. It has an area of 1,228 km2, with a stratified topology.

The northern part is within the Sahel zone while the southern sector has a typical Sudan–Guinea savanna ecology, and includes Acacia-Balanites woodlands separated by dense stands of elephant grass and sorghum.

Waters from the Dorma river flood much of the sector in the rainy season, creating flood-plain wetlands that attract waterbirds and other wildlife.

The resident black crowned crane (Balearica pavonina) is in abundant, but is considered vulnerable. The helmeted guineafowl (Numida meleagris) is also abundant. Demoiselle cranes (Grus virgo) visit in the winter, as well as large numbers of white storks (Ciconia ciconia). 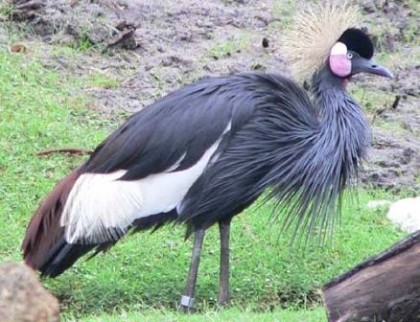 A 2007 report estimated that there were about 100 elephants in the sector, which may still migrate to and from the Waza park.

The Cameroon and Nigerian park authorities have been cooperating to prevent poaching of wildlife and to raise awareness among the local people of the longer-term value of conservation.

There have been discussions by the IUCN over making the sector and the Waza National Park an internationally designated protected area.

The Bade-Nguru Wetlands sector is part of the Hadejia-Nguru wetlands and has an area of 938 km2 around coordinates 12°40′0″N 10°30′0″E. It lies in the southwest of the Bade and Jakusko Local Government Areas of Yobe State.

Annual rainfall ranges between 200–600 mm, during the period late May–September. With reduced flooding due to upstream dams and perhaps climate change, and with increasing population, the environment is degrading. There is growing competition between humans and wildlife.

Farmers set out poison to kill the crop-destroying Quelea quelea, in the process killing non-target species. Marginal land is now coming under cultivation and tree cover in the forest reserves is being depleted

The Bulatura sector is in the Yusufari Local Government Area of Yobe State, and has an area of 92 km2 around coordinates 13°15′0″N 11°00′0″E. The sector has a series of swampy valleys separated by scenic sand dunes. The valleys contain rich deposits of potash.